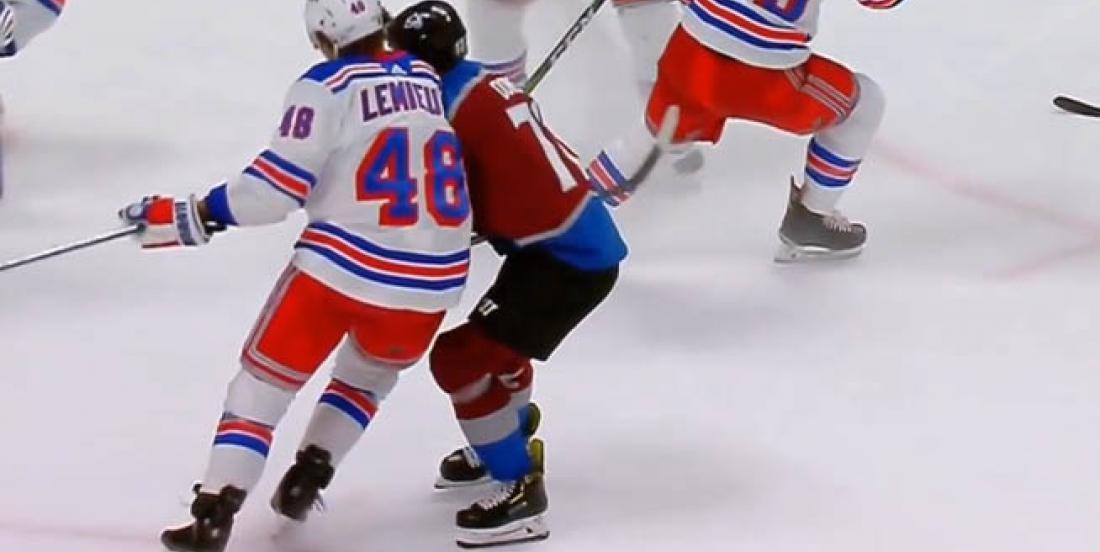 The New York Rangers may have made the postseason, they will need to face off against the Carolina Hurricanes in a best-of-five series without forward Brendan Lemieux…

We just don’t know for how long yet…

A day after the NHL halted the 2019-20 season due to the COVID-19 pandemic, they announced that Lemieux will be suspended for his hit on Joonas Donskoi two nights prior. The precise parameters of the suspension will be determined and announced once resumption of play guidelines have been established.

This is the hit that got him in trouble:

Lemieux was given a minor penalty for interference on the play and has been suspended for an illegal check to the head in the past.

His absence from the Rangers’ lineup, especially after such a long pause, will definitely hurt the team.

The suspended season will therefore kickoff with … a suspension!