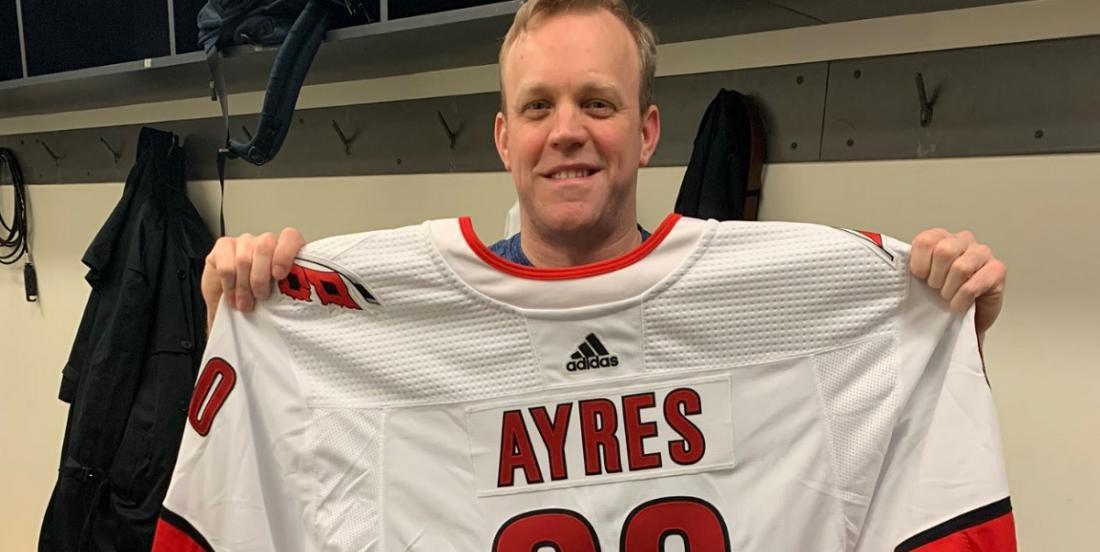 A surreal experience for an emergency backup goalie.

We have a rather wild situation developing in Toronto, and as time continues to pass things are only getting more and more crazy.

The Carolina Hurricanes were forced to put a 42 year old Zamboni driver in goal against the Maple Leafs on Saturday night when both of their goaltenders suddenly went down with injuries. It was actually former Toronto Maple Leafs goaltender James Reimer who started the night out in goal for the Hurricanes but he quickly went down in the very first frame with what is now being called a lower body injury and his teammate Petr Mrazek would not last much longer in net.

Mrazek was taken out by Toronto Maple Leafs forward Kyle Clifford when Clifford just bulldozed him as he came way out of his net in an effort to play the puck. Clifford himself was also clearly trying to make a play for the puck on this one, and in his defense Mrzek was closer to the blue line then his own net when the two men collided, but the end result was a collision that more closely resembled a car crash than a hockey play. Unfortunately for the Hurricanes it was enough to knock Mrazek out of the game and as a result they were forced to use the emergency backup goaltender that was on hand for this game, David Ayres.

You've probably never heard of Ayres and for good reason, he actually drives the Zamboni for the Toronto Marlies on most nights, but he was nonetheless forced to step in between the pipes for the Hurricanes who had no one else they could put in goal after their first two goalies went down to injury. Shockingly the complete lack of experience on the part of Ayres has not yet doomed the Hurricanes and in fact the Hurricanes have managed to extend their lead since he stepped in between the pipes with a very aggressive forecheck clearly designed to take as much pressure as possible off of the inexperienced Aryes.

Although he did let in a soft goal from Maple Leafs captain John Tavares, Aryes has also made some solid saves this evening including shutting the door on Maple Leafs star Auston Matthews on multiple occasions already.