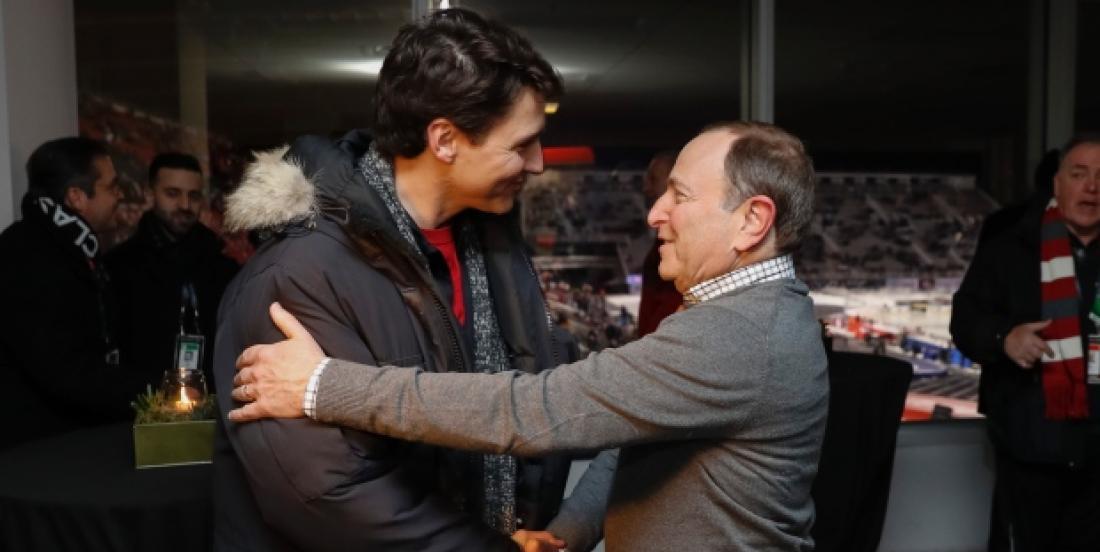 The NHL announced on Tuesday, as part of NHL Commissioner Gary Bettman’s press announcement regarding the League’s 24-team return to play format and 2020 NHL Draft Lottery, 10 cities are in the running to become a hub city for when the NHL returns to action.

Bettman even revealed all the cities still in the running, posting a clear list of where the NHL action could resume in the coming months. Los Angeles, Pittsburgh, Chicago, Columbus, Dallas, Edmonton, Las Vegas, Saint Paul, Toronto and Vancouver are being considered.

However, Bettman sent a no-so subtle message to the Canada’s Federal Government, hinting that all Canadian contending hub cities could be out of the running.

Bettman pointed out that the 14 day quarantine period for people travelling to Canada could be a factor in deciding the hub cities. Regarding having a hub city in Canada, he reiterates that “if we have to quarantine, that isn’t going to work.”

Deputy commissioner Bill Daly later explained that the NHL has reached an agreement to allow players to return to Canada from their home countries, but they continue to work on the 14-day mandatory quarantine. He added that if they can’t negotiate a way around the strict self-quarantine for players in Canada then “we won’t be in a position to use any of the Canadian cities as a hub city.”

TSN’s Frank Seravalli added that “while many believe Vegas is a near lock to be one of NHL’s hub cities, it is possible that the city hosting the Eastern Conference clubs may be geographically located in the West. Only three of the possible 10 hub cities are in the East (Columbus, Pittsburgh, Toronto).

If ever Toronto is out of the running, only two options remains for the Eastern Conference clubs…

We will have to keep a close eye on this…