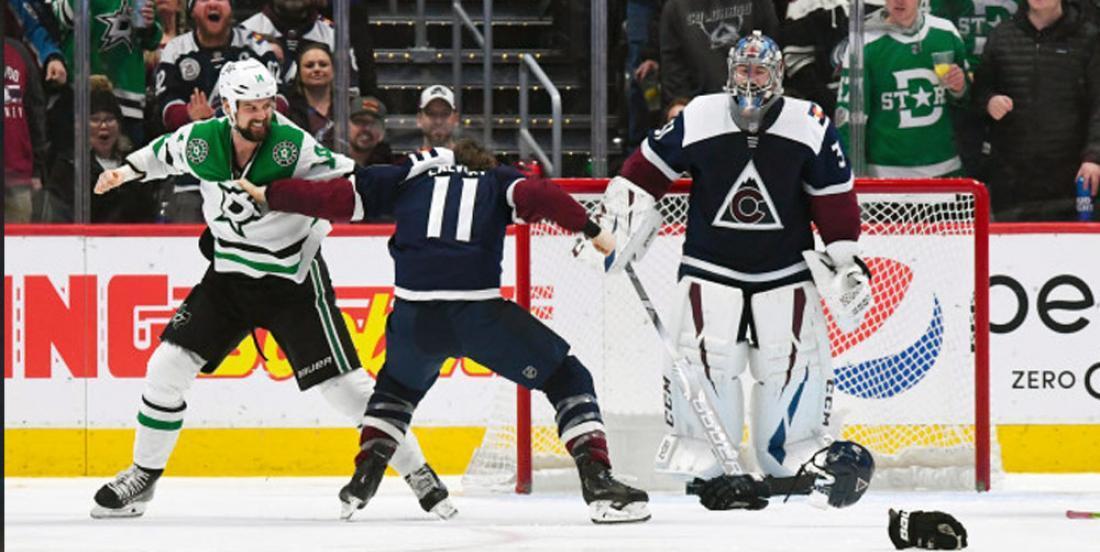 In case you missed it, the Dallas Stars pulled off another miraculous comeback earlier this week, when they managed to get past the Colorado Avalanche 3-2, despite trailing 2-0 after the first period.

Now, Avs head coach Jared Bednar is calling out the Stars for what he calls “cheating on the faceoff”, but goes on to admit that his team cheats as well, all NHL teams, but no one gets away with it as much as the Stars do.

Check out these quotes from Bednar, courtesy of the Denver Post’s Mike Chambers:

“They’ve got veteran centermen in (Joe) Pavelski, (Jamie) Benn, (Tyler) Seguin and they cheat. They cheat on the faceoffs,” Bednar said Wednesday, the day after Dallas used a questionable faceoff to beat the Avs 3-2 in overtime at the Pepsi Center.

“They’re doing a better job of cheating on it than we are,” Bednar said. “We don’t feel like the linesmen we’re doing a good enough job (Tuesday), sort of holding (the respective teams) accountable to make it a level playing field on the faceoffs.”

Bednar wasn’t alone in his assessment though. Avs captain Gabriel Landeskog echoed his coach’s sentiments saying “First and foremost, at that point in the game, overtime, every faceoff’s important. I take responsibility. I should have just lifted my stick and backed out of there and reset. The reality is, it was just a bad drop from start to finish. I’m down in the D-zone first and he (puts) his stick under my heel and the linesman isn’t even looking — the linesman drops the puck without looking and obviously doesn’t see his mistake.”

Landeskog lost that draw to Joe Pavelski which immediately led to the game-winning goal by Stars defenseman Esa Lindell.

“Frustrating. I’ll take some blame — I should have just backed out of there,” Landeskog said. “But the linesman has the responsibility of making sure it’s done the right way, especially at that key time. Yeah, I was really (upset) after the game.”

That linesman is 36 year old Brandon Gawryletz who has been an NHL official since the 2015-16 season.

While it may sound like sour grapes from Landeskog, we’re hoping this is birth of a beautiful Central Division rivalry. Both the Stars and the Avs are teams on the way up who could be considered legitimate Stanley Cup contenders this April. Let’s pray for more bad blood and a fierce playoff battle come April. Fingers crossed.