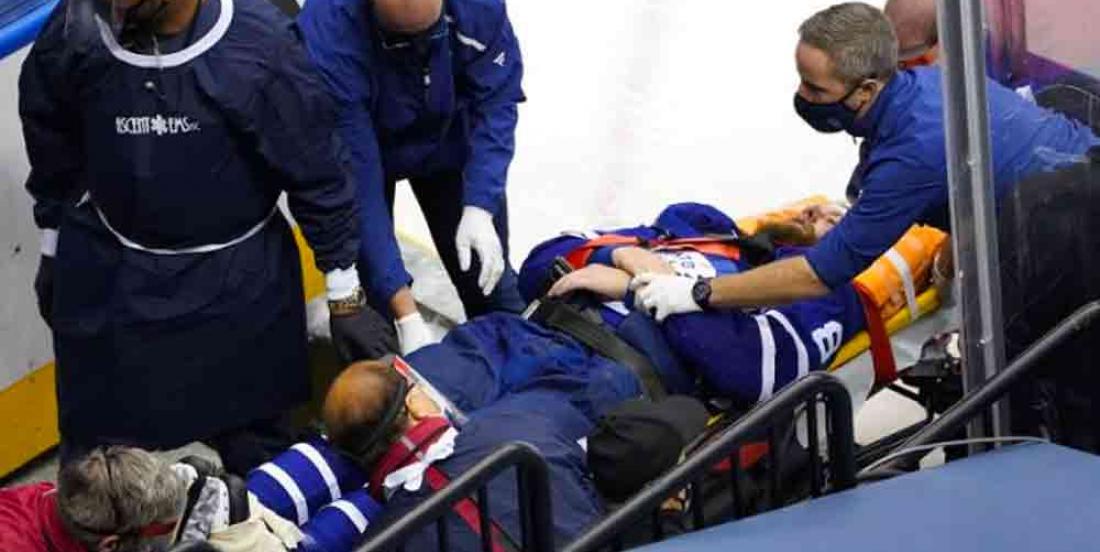 The Toronto Maple Leafs might have won the second game of the series against the Columbus Blue Jackets on Tuesday, they lost big towards the end of the contest when veteran defenseman Jake Muzzin was taken out on a stretcher.

The blue liner was stretchered off the ice at Scotiabank Arena with 1:52 remaining in Tuesday’s 3-0 victory. He fell awkwardly after being cross-checked behind the net and remained down for more than 10 minutes before the stretcher took him off.

He moved his arms and legs and was able to speak with trainers and doctors on the ice, and head coach Sheldon Keefe confirmed after the game that Muzzin had been transported to the hospital when he was alert.

On Wednesday morning, the Maple Leafs offered the latest update on their defenseman, announcing that while Muzzin was back with the team at the hotel, he would remain out for the remainder of the series against Columbus.

He will “remain in quarantine within the hotel,” according to team, and “rejoin his teammates upon recovery.”

The series is tied 1-1 between the Maple Leafs and the Blue Jackets. Columbus’ forward Pierre-Luc Dubois will not receive any supplementary discipline for his hit on Muzzin as the league “views the hit as a freak play that had a terrible outcome.”