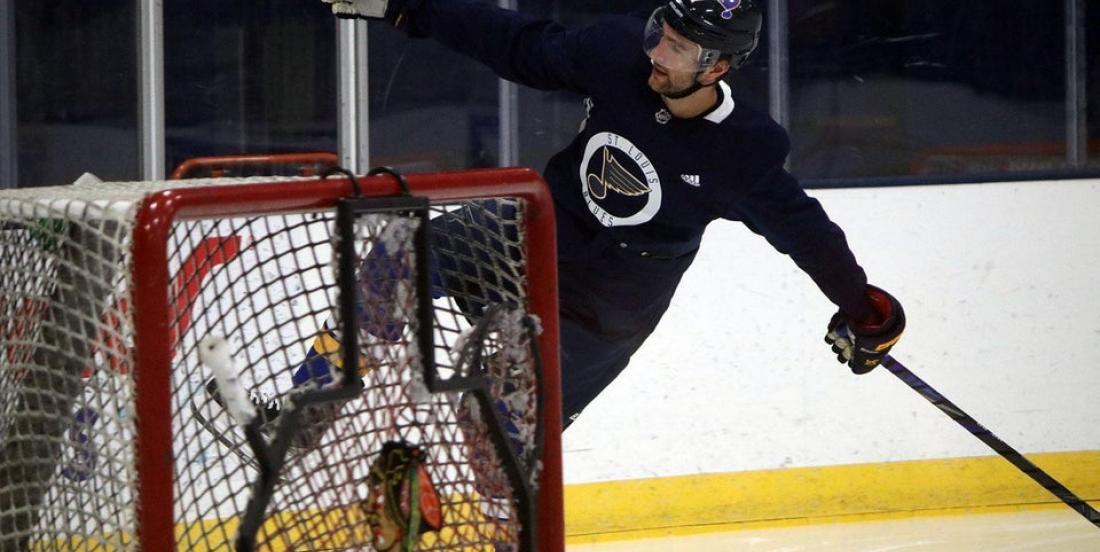 When the NHL playoffs get underway, the St. Louis Blues will be a well deserved No. 1 seed in the Western Conference. And the team is already working hard, getting ready to face off against anybody.

Well, one precise club to be exact.

On Tuesday, some Blues players jumped on the ice to skate in small groups as part of the phase 2 of the return to play protocol and decided to taunt a potential rival by their suiting shooter tutor with a Chicago Blackhawks logo.

The Blackhawks somehow find themselves in position to be in the playoff tournament after a largely disappointing season – against Edmonton Oilers superstars Leon Draisaitl and Connor McDavid.

They will be facing off in one of the matchups of the Western Conference and could end up going up against the Blues next.

St. Louis is clearly ready for it, and brought the game up a notch with Tuesday’s shootout practice.

Will the Hawks respond? Maybe they should focus on the Oilers, first…