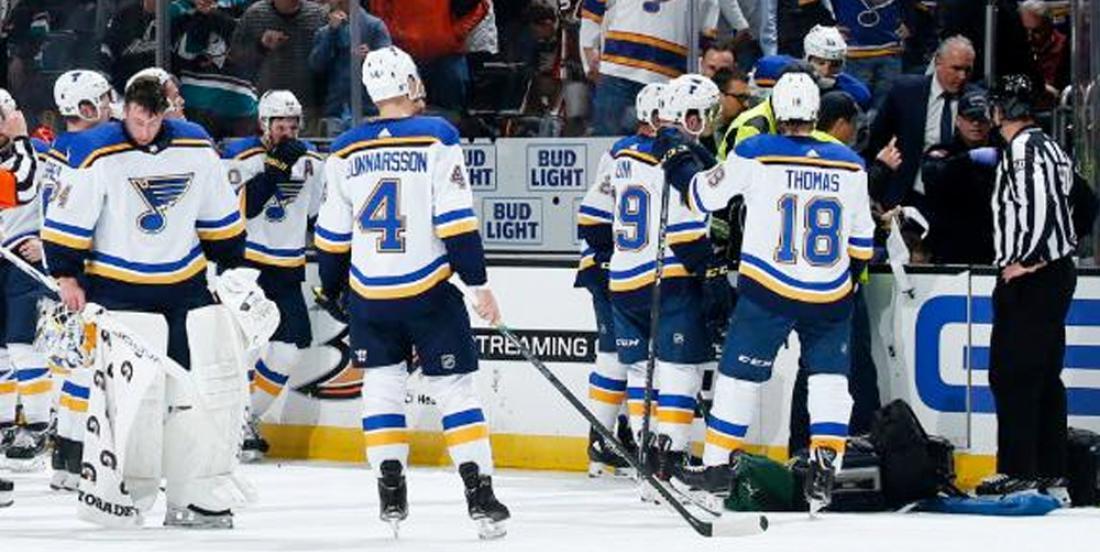 Another classy move by the Blues organization in dealing with a traumatic event.

It’s been nearly two days now since St. Louis Blues defender Jay Bouwmeester collapsed on his team’s bench following a “cardiac episode” during his team’s game against the Anaheim Ducks.

Bouwmeester was rushed to a local hospital and is reportedly recovering. In other words: he’s gonna be okay.

But, what about Bouwmeester’s teammates and members of the Ducks who witnessed the incident and are now dealing with the aftermath? How do they move forward?

Well, the Blues organization has stepped up to provide counselling to any and all members of the team who were affected by the incident and were having difficulty recovering.

“We brought in a support counselor that I got through George McPhee (Tuesday) night, somebody that had worked with the Knights when they went through their tragedy on Oct. 1, just to make sure that the players know there’s someone to talk to,” Blues GM Doug Armstrong said.

Armstrong, of course, is referring to the tragic Las Vegas shooting that occurred in 2017 just days before Vegas took to the ice for their first NHL game.

Armstrong said the counselor was excellent. “She gave the players some signs to watch for in the next 24 or 48 hours, and the next three weeks. I thought it was good in the context that we’re trying to let the guys know that there’s help out there if needed.”

“It’s obviously going to be difficult,” team captain Alex Pietrangelo said on dealing with things. “But we talked to Jay. He’s in good spirits. And when you see how he’s doing it certainly makes us feel a lot better.”

The Blues provided an update on Bouwmeester’s health yesterday calling his condition “positive” and are expected to provide another update on his health later this week.