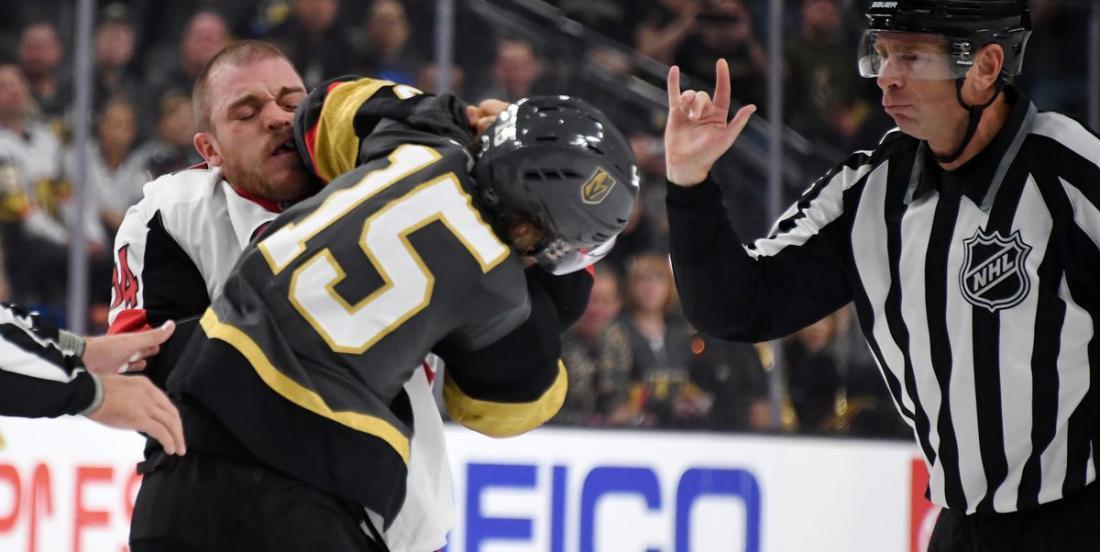 For the second time in two weeks, Ottawa Senators defenseman Mark Borowiecki has been suspended. The NHL Department of Player Safety announced on Monday a three-game suspension for the 29-year-old rearguard following an illegal hit to the head of Vegas Golden Knights forward Cody Eakin on Sunday.

It was Borowiecki’s first game back in the lineup after a one-game suspension for an elbow to the head of Boston Bruins rookie defenseman Urho Vaakanainen, and it seems this did not help his case when it came time to face George Parros of the Department of Player Safety. The veteran blue liner admitted to the Ottawa Sun that he is very confused about his latest suspension.

The play in question came during the first period of the Sens’ 4-3 overtime loss on Sunday. A five-minute penalty was assessed on the play and Golden Knights defenseman Jon Merrill defended his teammate Eakin by engaging Borowiecki in a fight immediately afterwards.

“I will say the same thing I said to George on that call,” Borowiecki said. “My initial, gut reaction after that play, was that we were going on a two-minute power play. I thought (the Golden Knights) were getting two minutes for instigating (a fight). There was no call in real time by the referees.”

“I want to preface this by saying I am by no means putting the onus on Cody Eakin at all. He is not to fault for this, but our argument for this is, if his head was up, where would the principal point of impact be. I think it’s left (pectoral muscle).”

Under the CBA, Borowiecki is considered a repeat offender. He was also suspended for two games in December of 2016 for boarding on Los Angeles Kings forward Tyler Toffoli and of course, the latest questionable hit came on the heels of his return from another suspension – a one game ban for an elbow to Vaakanaienen.

In nine games this season, Borowiecki is a minus-4 and has tallied an average of 15:38 of ice-time per night.