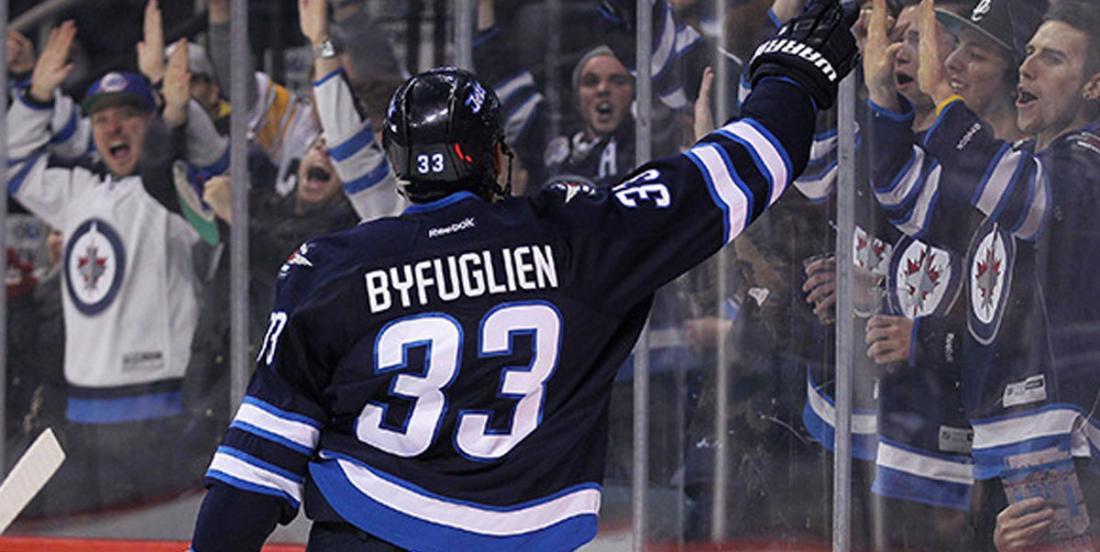 Winnipeg Jets defenseman Dustin Byfuglien is week-to-week with a lower-body injury, and has now officially been placed on injured reserve.

The Jets have also recalled defenseman Julian Melchiori from the Manitoba Moose in the AHL. In 26 games for the Moose this season and has 12 points (4G, 8A) and a +15 rating.

As for Byfuglien, he has registered no goals and 15 assists in 28 games with the Jets this season.