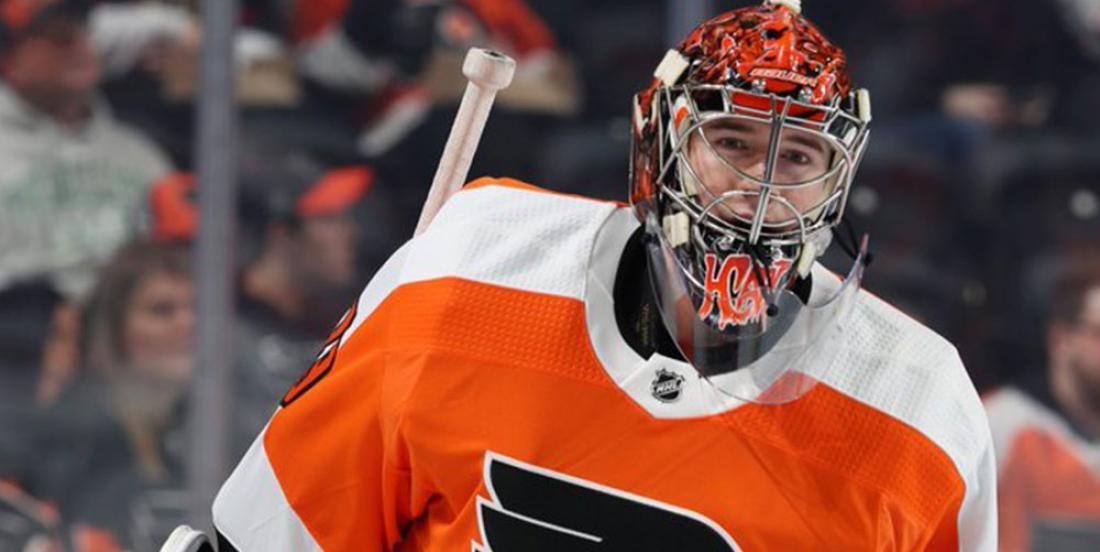 The Philadelphia Flyers announced earlier today that goaltender Carter Hart will be out of the team’s lineup for the next 2-3 weeks as he recovers from a right lower abdominal strain.

Ouch. That’s a huge loss for a Flyers team that is in the THICK of a tight Metropolitan Division playoff race. Thankfully, the Flyers have a bit of a light schedule the next while with just five games in the next two weeks. They also have an experienced backup in Brian Elliott who has proven himself capable of handling the workload. If everything goes right, the Flyers should be able to keep themselves afloat until Hart returns.

Still, there’s no denying the 21 year old Hart’s impact on this team. He’s put together another solid campaign this season, his first full NHL season, with 15 wins in 32 starts. He has a respectable 2.61 goals against average and a .905 save percentage.

The former 2nd round pick (48th overall in 2016) has established himself as not only the future, but the present in Philly and has re-energized a team and a fanbase that seemed to be floundering for a couple seasons. Over the past decade Flyers fans have seen the likes of Michael Leighton, Ray Emery, Brian Boucher, Sergei Bobrovsky, Ilya Bryzgalov, Michael Neuvirth, Steve Mason and Elliott all play significant time. With Hart, there finally seems to be some stability in the Flyers’ crease.

Here’s hoping the kid gets back to full health and helps this team in their push for a playoff spot in 2019-20.

Read below for the official press release announcement of Hart's injury courtesy of the Flyers' website:

Carter Hart will be out 2-3 weeks for the Philadelphia Flyers because of a right lower abdominal strain.

The goalie was injured during practice Tuesday, when the Flyers were preparing for their "Wednesday Night Hockey" game against the St. Louis Blues at Enterprise Center (8 p.m. ET; NBCSN, TVAS).

"He did it at practice somehow. He felt a little strain, a little pain and did the smart thing, came off," coach Alain Vigneault said. "We had an MRI and lucky for us, it's not too serious. A couple days, it should settle down. It'll take him to after the [NHL All-Star] break there and he'll be fine after that."

"It's tough losing a guy like that," forward Travis Konecny said. "You never want to see an injury, but for that to happen at this time when we're going into a break is probably the best-case scenario."

Following the game Wednesday against the Blues, Philadelphia (24-16-6) plays three more games and then has nine days before their next game on Jan. 31 at the Pittsburgh Penguins.

Goalie Brian Elliott is expected to start against the Blues. Alex Lyon was recalled from Lehigh Valley of the American Hockey League under emergency conditions Wednesday and will be the backup.

"I feel good about Alex," Vigneault said. "I got to know him during training camp. I liked the way he played for us. He just got off a shutout that I saw a part of it. If we need him, I know he's going to be ready, but I want us to focus on St. Louis tonight, Stanley Cup champions, and that's what we're doing."