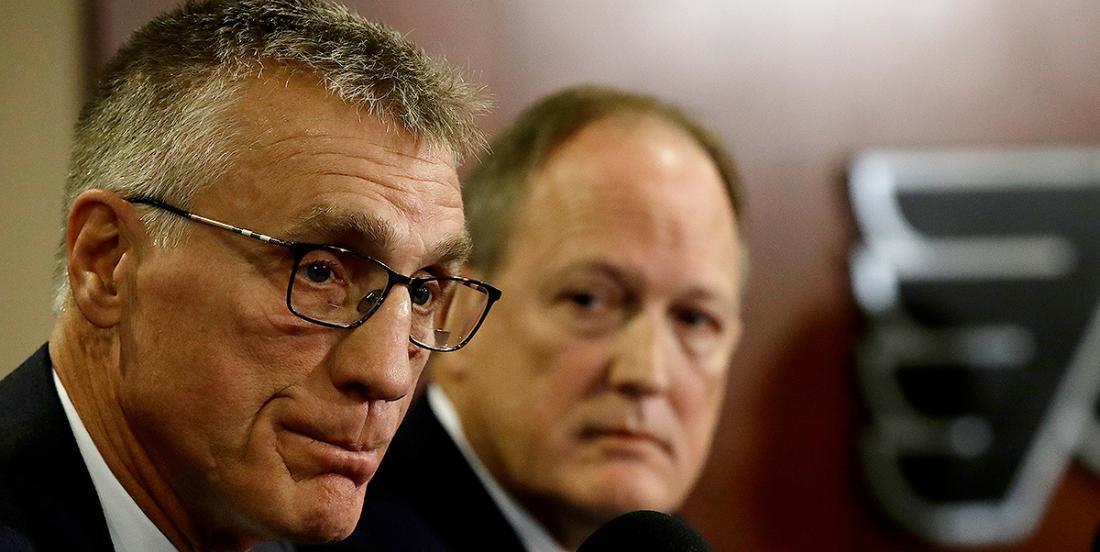 If there’s one thing the Philadelphia Flyers front office wanted when they hired general manager Chuck Fletcher it was change. The Flyers’ braintrust was critical of former GM Ron Hextall for not making roster moves when they felt it was necessary and, as a result, Hextall was shown the door.

Under Fletcher there have been changes, but today’s change might be the biggest of all. According to a report from Jackie Spiegel of The Sporting News, former Flyers GM and longtime Flyers executive Paul Holmgren has been removed from his position as President of Hockey Operations and will now assume an advisory role.

As Spiegel reports, Fletcher will take Holmgren’s vacated position effective immediately. If nothing else, this should let Flyers fans know exactly who’s calling the shots in Philly from now on.