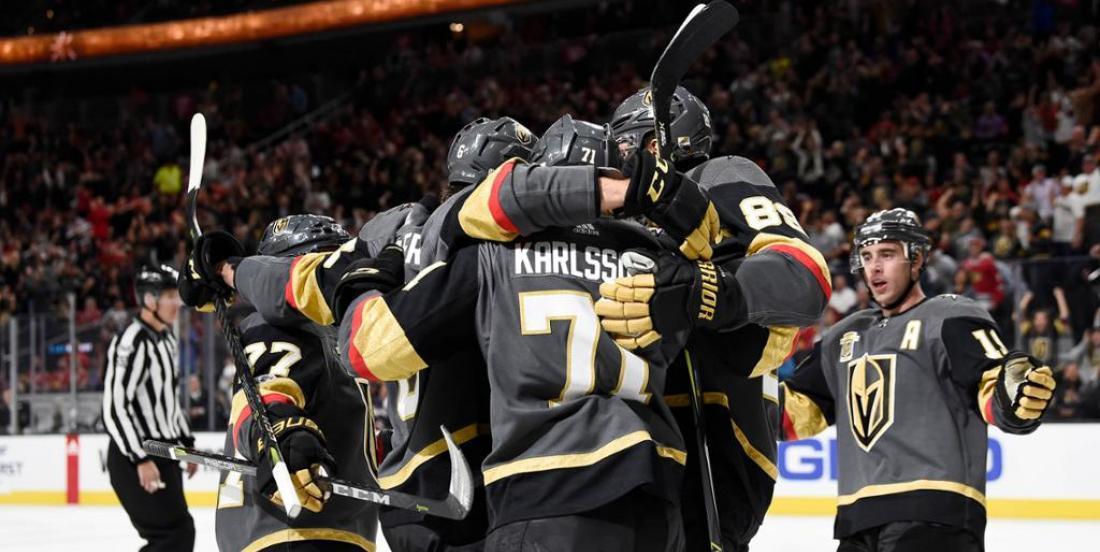 What happens in Vegas, stays in Vegas? For now, in the National Hockey League and in the circles of sports betting, it seems to be true...

The Vegas Golden Knights on Tuesday announced a history-making multiyear partnership with Las Vegas-based sportsbook William Hill US, the first of its kind between a major North American sports franchise and a U.S.-based sportsbook.

William Hill US also made it public on Tuesday that it had signed “a landmark, multi-year partnership” with the hockey franchise. That makes it the first team from any of the four major North American sports leagues to ink a deal with a sportsbook operator.

"We are always looking for innovative ways to engage different segments our fan base and provide a unique fan experience," Golden Knights president Kerry Bubolz said. "Like the Vegas Golden Knights, William Hill US is a proud 'Vegas Born' organization. This partnership between a major professional team and a sports book operator is a historic, landmark agreement and we are delighted to be leading the way with William Hill in this space."

The partnership is expected to feature "a TV visible dashboard, in-arena signage, updated league-wide odds displayed on the in-arena Knight Tron during intermission and more."

The Supreme Court overturned a ban on sports betting in most states in May. William Hill is known to manage 108 race and sports books in the state of Nevada.

The Golden Knights made it all the way to the Stanley Cup final after winning the Western Conference championship in their inaugural season. The team however lost to the Washington Capitals in five games.

Here is more info on the historic partnership, per the Knights and William Hill's joint news release:

William Hill US and the Golden Knights will collaborate on engaging with fans of legal betting age through various media, advertising and promotional platforms. The partnership will feature a TV visible dasherboard, in-arena signage, updated league-wide odds displayed on the in-arena Knight Tron during intermission, an away game watch party, and recognition on the LED ribbon board of the “William Hill Line Change” when the Golden Knights make a line change during the game.

William Hill US currently operates 108 race and sports books in Nevada and is the state’s leading mobile sports betting app. The Vegas Golden Knights open their 2018-19 regular season on Thursday, October 4 at T-Mobile Arena when they take on the Philadelphia Flyers. During their inaugural season last year, the Golden Knights set a new standard for on-ice performance by an expansion team, shattering several records and winning the Western Conference Championship.