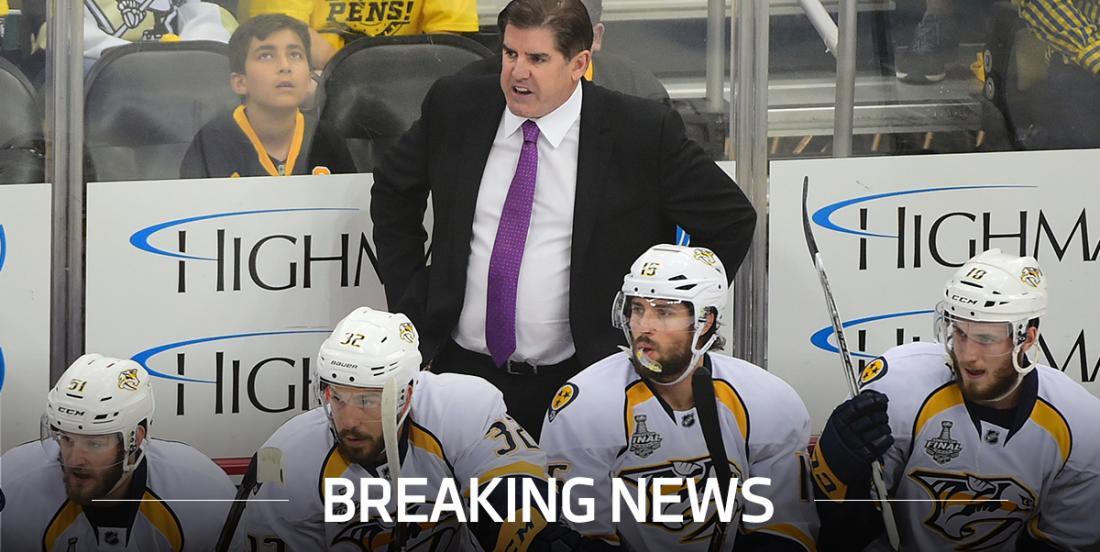 Bad news for the Preds ahead of tonight's game

The Nashville Predators have recalled forward Frederick Gaudreau from the Milwaukee Admirals (AHL), and placed forward Filip Forsberg on the injured reserve, the team announced on Saturday. Forsberg left yesterday's game and did not return.

Forsberg, 23, was drafted 11th overall by the Washington Capitals in 2012. The Predators acquired via trade in 2013 in a deal that sent Martin Erat to Washington. In 301 games played in the NHL (all with Nashville), the Swedish forward registered 225 points, and added 26 points in 42 playoff games. He has 34 points in 35 games played so far this season.

Gaudreau, 24, was signed as an undrafted free agent by the Predators organization in 2014. He played 26 games in the NHL so far, registering four points, and added three goals in eight playoff games last spring. This season, he has three points in seventeen games played with the Predators.

Nashville are playing their last game of the 2017 calendar year tonight against the Minnesota Wild.