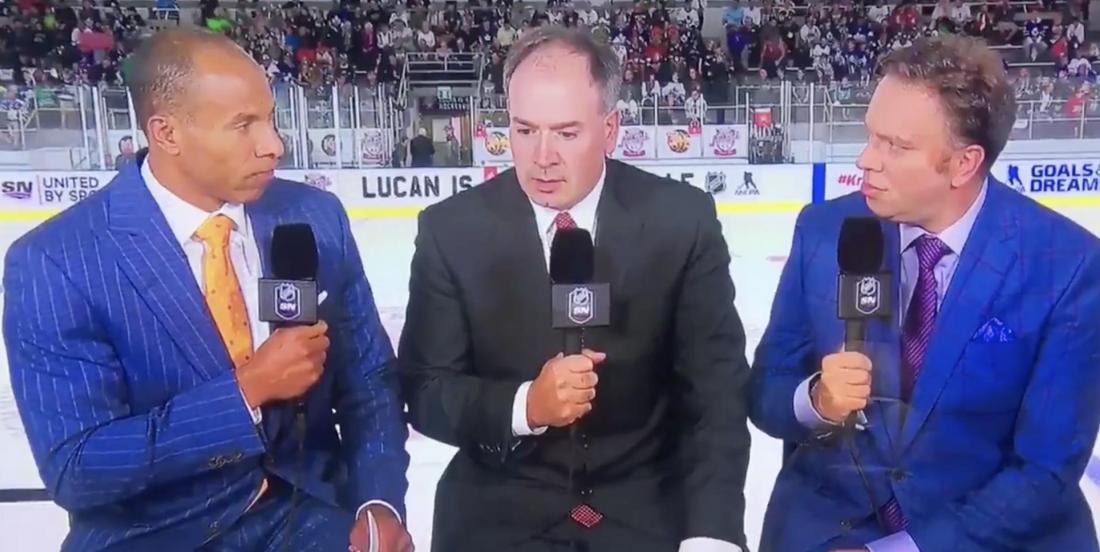 Fans will be outraged by this… what about the rest of the team?!

We are going to go out and say: maybe people were shocked to see that the Ottawa Senators placed veteran forward Zack Smith,  the Sens’ longest serving player, having played 542 games in a Senators’ uniform and scoring 85 goals and 165 points along the way, on waivers on Tuesday.

Smith, who admitted to being shocked by the team’s decision, went unclaimed, but his teammates were rocked by his being placed on the wire. His teammate Matt Duchene came out of the lot with the best reaction: “I’ll be honest, it’s a kick in the balls for us.”

On Thursday, it was GM Pierre Dorion’s to put his balls in the mix, stating why he pulled the move. And honestly, we are shocked to see he had the balls to admit this:

“It was probably the toughest discussion I have ever had with a player. Zack is a high character person, he is a heart and soul of that dressing room but at the same time is was performance related…

“We knew that is if we let the team know we are not going to accept what happened last year including how Zack played that hopefully the message would be passed to the room.”

Brutal. The gritty forward is just two seasons removed from a breakout 25-goal, 36-point campaign back in 2015-16, but he had a dreadful campaign in 2017-18, scoring just five goals and 19 points in 68 games. Sure he struggled last season, but WHO DIDN’T on the Sens’ roster?!

After Smith went unclaimed on waivers, head coach Guy Boucher released that he would be on the second line tonight against the Chicago Blackhawks.

Sure, Dorion has a message to send, but it seems like Boucher does too. Smith could most certainly suit up opening night Oct. 4th as well.

While it is believed that Smith will keep a good attitude on the roster, let’s see how the rest of the team reacts to this. Ken Campbell of The Hockey News published a great piece on Wednesday on the move and this sounds about right with Dorion's latest comments:

"That is no way to run an NHL franchise, in this or any other market. There is nothing, absolutely nothing, that determines a team’s fortunes regardless of the market more than quality of ownership. And based on that criterion, and the fact that Melnyk has publicly stated he’s not going anywhere, the Senators look to be in terrible shape for the foreseeable future," Campbell writes.