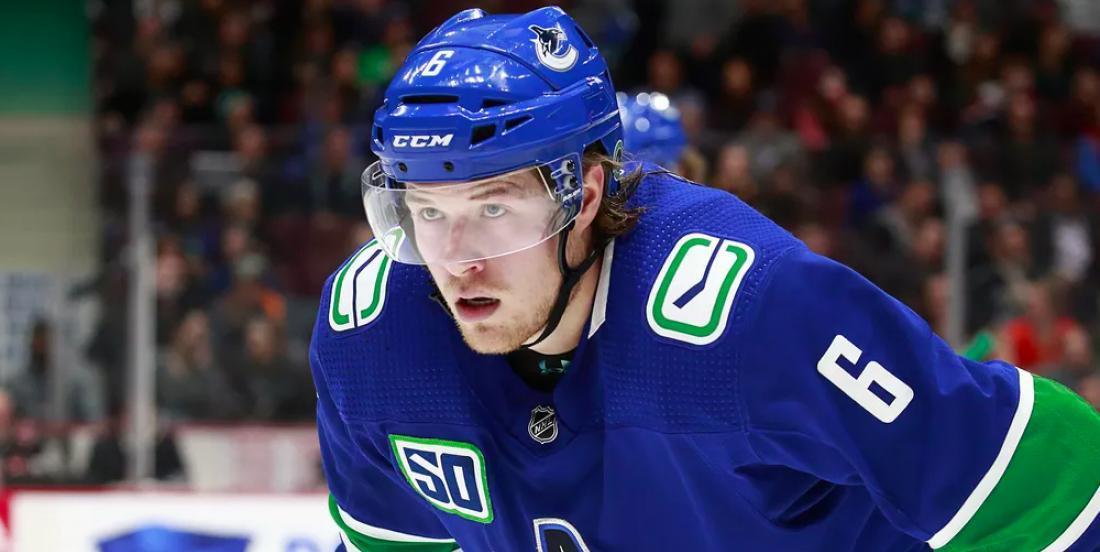 A follow up on yesterday’s report that the Canucks were considering trading their 23 year old sniper.

In case you missed it yesterday, the city of Vancouver nearly staged their third official riot when rumours surfaced that the Vancouver Canucks were seeking a trade partner for 23 year old winger Brock Boeser.

I kid, of course, but Canucks fans were pretty upset after TSN 1040 host Matt Sekeres reported that the team was “exploring the possibility of trading Brock Boeser.”

Earlier today Benning met with the media virtually to discuss the team’s opening day of training camp and their upcoming matchup against the Minnesota Wild. Oh… and the topic of Boeser came up, which Benning shot down quickly.

Why on Earth would the Canucks consider trading Boeser? Despite some injury problems, the 23 year old is just coming into his own as one of the NHL's best snipers. Sure, newcomer Tyler Toffoli may have stolen some of Boeser's ice-time toward the latter stage of the 2019-20 regular season, but there's still reason to believe that Boeser will be this team's top line winger for years to come. The natural chemistry that he and center Ellias Pettersson have will make the Canucks an offensive powerhouse for a decade plus if Benning and the rest of the team's front office staff play their cards right. He's also signed to a reasonable $5.8 million cap hit for the next two seasons, so there's very little reason to trade Boeser now if at all.

The real problem for the Canucks is at the bottom end of their roster. Players like Loui Eriksson ($6 million), Tyler Myers ($6 million) Brandon Sutter ($4.3 million) and Jay Beagle ($3 million) are much more likely to be sent packing if and when the Canucks need to free up some money to re-sign Pettersson and burgeoning superstar Quinn Hughes.