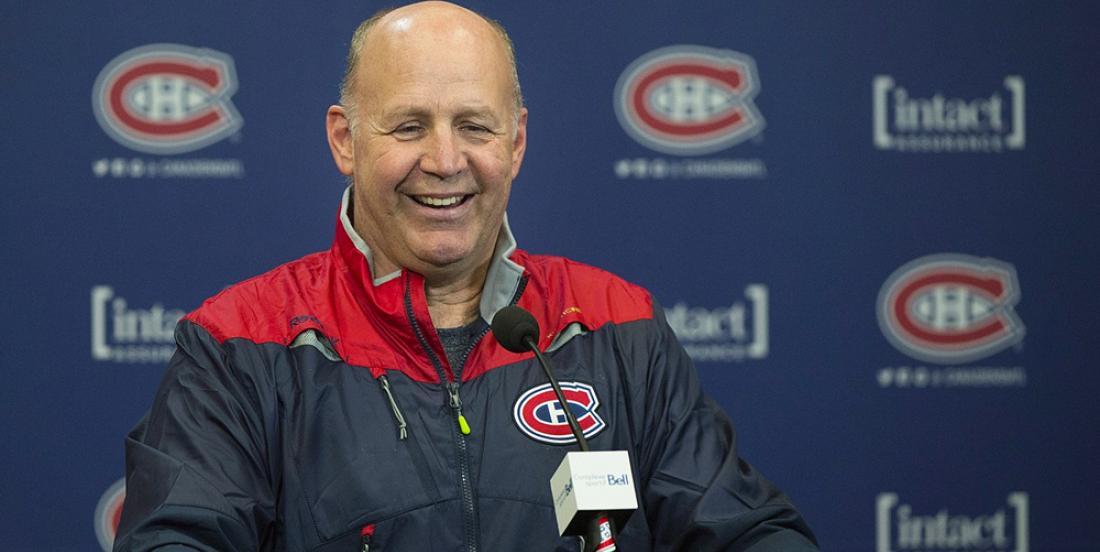 The Habs’ head coach is the first to speak on safety protocols for NHL coaches.

It’s fitting that Montreal Canadiens head coach Claude Julien has pledged to wear a mask behind the bench if/when the NHL deems is necessary. After all, it was Canadiens’ legend Jacques Plante who was the first NHL goaltender to don a mask of a different variety.

Julien spoke with the media during a conference call earlier today when the topic of masks came up. While the NHL hasn’t made an official declaration, it’s expected that it will either mandate that coaches wear masks while on the bench, or that the coaches sign a waiver of indemnity to coach without a mask. For Julien though, it’s no problem… he’ll wear the mask.

Julien said he has full confidence in the NHL, saying that its leaders want to do things right and that they’ll take all the necessary precautions to ensure a safe environment.

He went on to joke that wearing a mask could be a good solution to prevent people from reading his lips on television. More seriously, he said that everyone is facing a completely new situation and that it was important to keep an open mind and make necessary adjustments.

Mask, no mask… it hardly matters though as the Habs will be in TOUGH against the Pittsburgh Penguins in their first round “play in” series. The Habs are the 24th ranked "playoff" team with just 71 points in 71 games. As for the Pens, they're an 86 point team in just 69 games. The Habs have a secret weapon in superstar goaltender Carey Price who could steal them a game, maybe two, but most people aren't giving Les Habitants much of a chance against a team with Sidney Crosby, Evgeni Malkin and company. The thing is... it's a five game series. ANYTHING can happen, especially when you consider Montreal's goaltending. No doubt it would be a HUGE upset if the Habs get past the Pens and onto the proper Stanley Cup Playoffs, stranger things have happened (see: CBJ's sweep of TB in 2019).

For what it's worth, the Habs went 1-1-1 against the Pens during the regular season and actually kept things close. Stay tuned, this could be closer than it looks.

For the full article on Julien from CTV, click below: