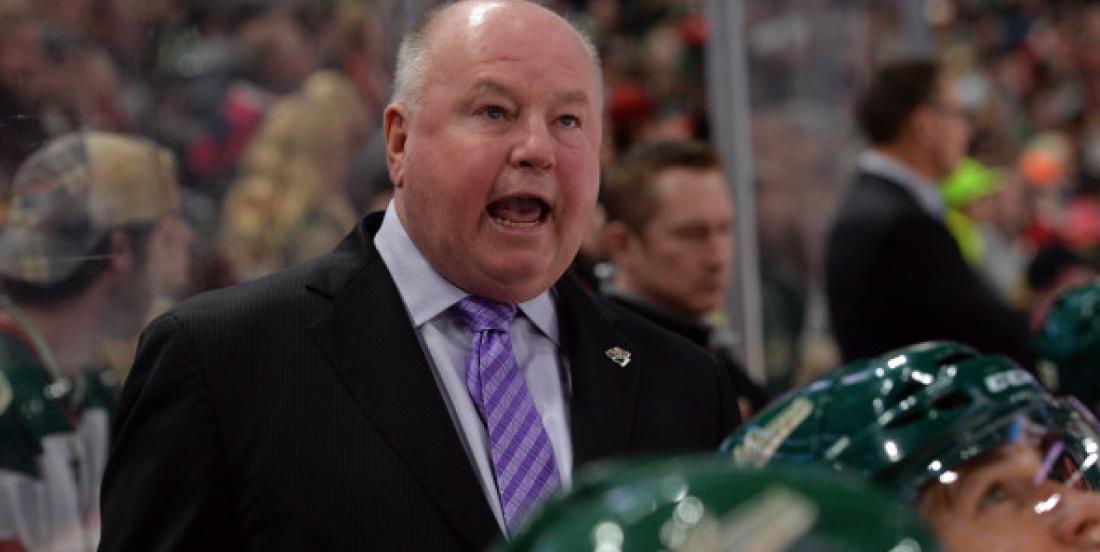 Wild head coach Bruce Boudreau believes the Sharks were certainly helped out by Evander Kane’s acting skills. He strongly believes Kane played up an injury in the third period of Thursday’s 6-5 Sharks’ win in order to draw a five-minute major penalty on Ryan Hartman for slashing in the third period.

“Kane did a great job of selling it,” Boudreau told media after the loss. “Because he went off limping, everybody thought he had a broken ankle and all he missed was one shift. So, you go figure it out. But it was a good job by him to change the momentum.”

It all took place in the mid-way point of the third period after the two forwards fought for a puck along the boards in the Sharks’ end. Hartman was cross-checked from Kane and retaliated with a backhand slash to the back of Kane’s legs. The Sharks forward stayed down on the play and after review, the officials confirmed with their initial call of a major penalty. Boudreau was stunned.

Kane left the game but returned to the bench a short time later to see his team get the win.

“Didn’t feel good at all,” he said of the slash.

We bet the win did though…