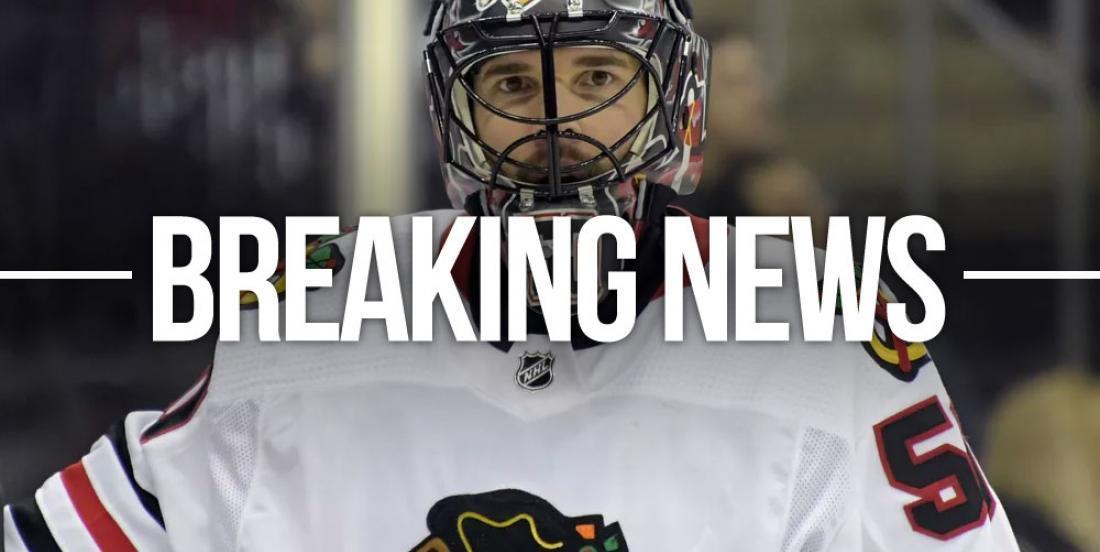 It was a shock to many fans in Chicago on Thursday when the Blackhawks announced that they would not be re-signing long-time goaltender Corey Crawford, he who hit the open market as an unrestricted free agent on Friday.

But he didn’t stay there for long. At the very end of the opening day of free agency season, Crawford agreed to a two-year, $7.8M contractwith the New Jersey Devils. He is coming off a six-year, $36 million deal.

Yes, you read that right.

Crawford will go down in history as one of the greatest goaltenders in Hawks' history. He ranks third all-time in games played and wins by a Blackhawks goaltender behind Hall of Famers Glenn Hall and Tony Esposito. He’s been in the Blackhawks organization since being drafted by the team in the 2nd round (52nd overall) in the 2003 NHL Entry Draft. He’s been more or less the team’s uncontested starting goaltender since 2010-11 and it’s only due to injuries that he’s been limited in recent years.

And now the Devils already look way better with him in net.

"We are excited to bring Corey into our organization, as he is a proven winner and two-time Stanley Cup Champion." said general manager Tom Fitzgerald. "We will look to him to assume a leadership role and be a strong presence for our young core. Crawford's compete level and ability to battle will rub off on the entire group. This opportunity also provides him with a new challenge in his career."

The 35-year-old posted a record of a .917 save percentage and 2.77 GAA in 40 games last season with the Blackhawks. He had a .907 save percentage and 3.31 GAA in the playoffs as Chicago was eliminated in the first round by the Vegas Golden Knights in five games. Crawford was selected in the second round, 52nd overall, by Chicago at the 2003 NHL Draft. He’s a two time Stanley Cup champion (2013 and 2015) and he’s also a two time Jennings Trophy winner (2013 and 2015). To be perfectly honest, he’s one of the most underrated players in Blackhawks history.

Crawford’s health hasn’t always been the best. At the start of camp this summer, Crawford was deemed unfit to play, but he eventually return after he revealed that he had been diagnosed with COVID-19, forcing him to be sidelined for almost the entire duration of training camp. He missed parts of the previous two seasons because of concussions which has forced the Hawks to make a significant change in between the pipes to set a real direction for the future.

The Devils trust that Crawford still has a couple of good years left in him and hope to see him lead the dressing room in New Jersey.