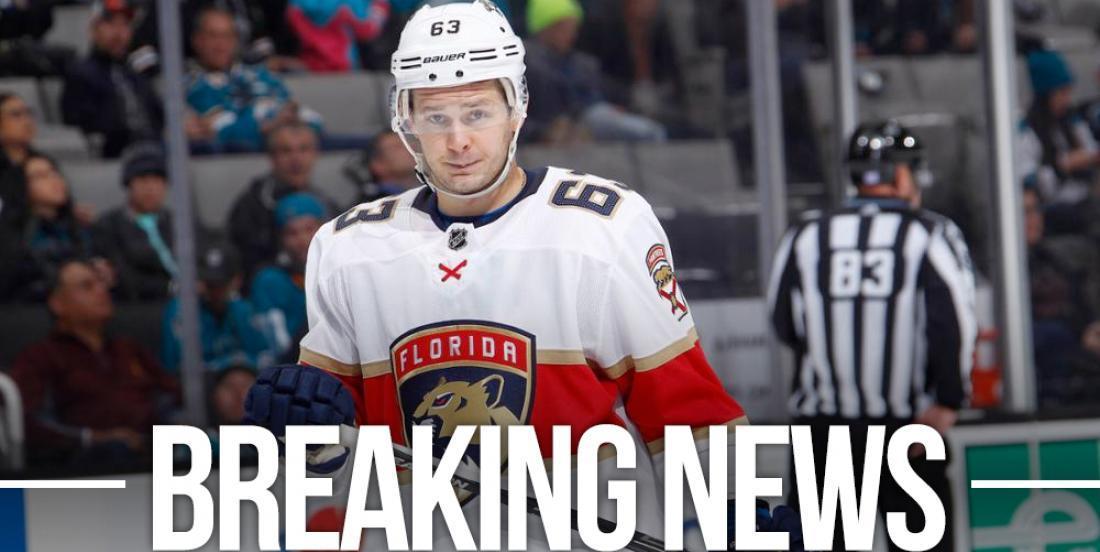 The Russian sniper has a new home!

This just in, the Ottawa Senators have signed forward Evgeny Dadonov to a three year contract worth $5 million per season.

"We're thrilled to have come to an agreement with Evgenii," said Senators general manager Pierre Dorion. "He's an elite offensive talent and a very consistent scorer as demonstrated by his point totals over the last three seasons. This is a key signing for us as it adds a player who will help us produce offensively and one with a proven track record on the power-play."

The 31 year old Dadonov put up 25 goals and 47 points in 69 games with the Panthers last season and an incredible 28 goals and 70 points in 82 games last season. No doubt about it, Dadonov will give the Sens a much needed scoring boost for the next three seasons. Between him and Brady Tkachuk, the Senators are likely to score a lot of "greasy goals" in 2020-21. It's hard to think of two wingers in the NHL who go harder to the net than Tkachuk and Dadonov. If Sens head coach D.J. Smith elects to pair Tkachuk and Dadonov on the same line, well... let's just say I'd hate to be an opposing goaltender if these two guys end up paired together.

Don't look now, but with the additions of Dadonov, goaltender Matt Murray and 3rd overall selection Tim Stuetzle, the Senators aren't half bad on paper. Tkachuk is a legit stud, ditto for defenseman Thomas Chabot, as well. If young players like Colin White, Logan Brown, Drake Batherson and Alex Formenton can take a step forward next season, there's reason to believe that this team could be on the upswing. Don't get me wrong, owner Eugene Melnyk's prediction that this team will win a Stanley Cup championship "within four years" is still ridiculous, but it's clear that this team is on the path to redemption. With Thomas Chabot signing a long-term, big money deal as well there's also reason to believe that Melnyk will actually open up his wallet to pay his star players this time around. If he doesn't then that young core could go the way of Daniel Alfredsson, Erik Karlsson, Matt Duchene and Mark Stone. In other words: they'l have to leave Ottawa in order to get paid.