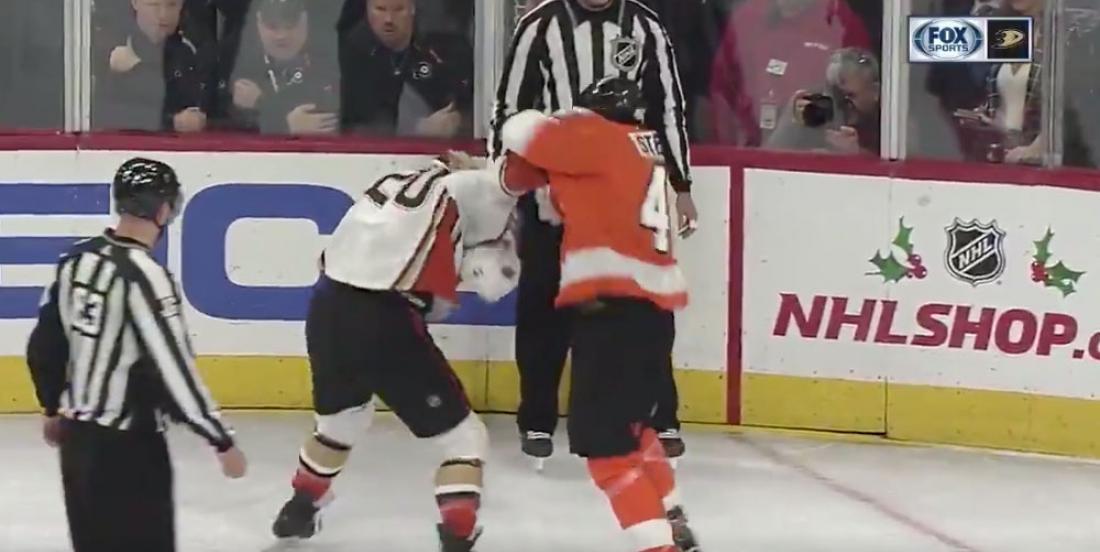 It sure sounds like Nicolas Deslauriers was told to be the enforcer of the Ducks after he landed in Anaheim this past summer when he was traded by the Montreal Canadiens.

Since the start of the 2019-20 season, Deslauriers has played 22 games for the Ducks and we can now count seven fights to his record.

That’s right: on Tuesday night, Deslauriers - once again - dropped the gloves as his Ducks faced the Flyers in Philadelphia.

In the first period, Deslauriers and Chris Stewart mixed it up and exchanged heavy blows to get their teammates and the crowd going.

The Ducks forward had fought most recently on Dec. 12th when he dropped the gloves in a heavyweight fight with Los Angeles’ Kurtis MacDermid.