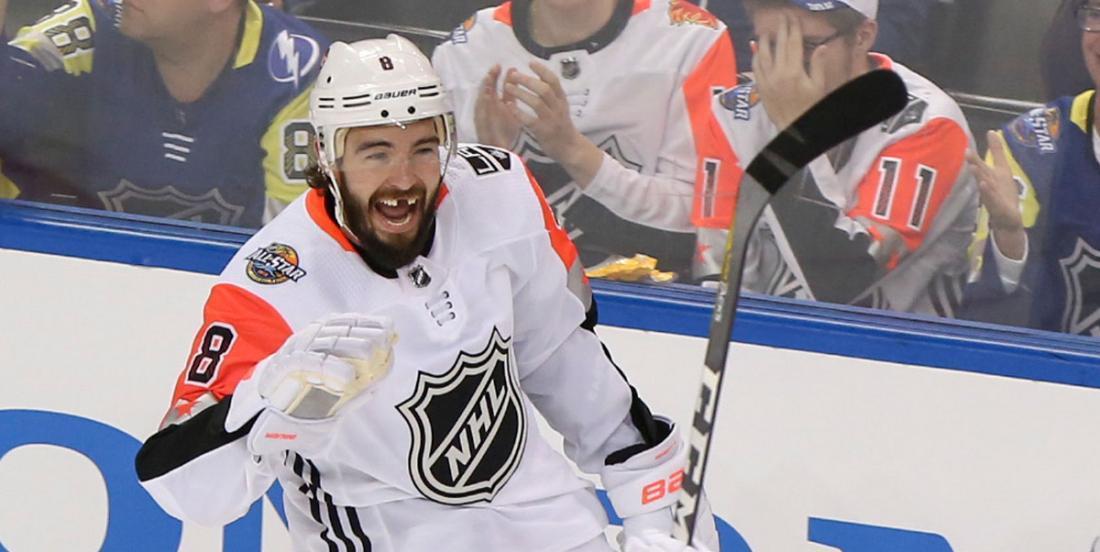 At the beginning of the 2017-18 season, Los Angeles Kings defenseman Drew Doughty made headlines when he claimed that he could test the free agency market in 2019 if his current team is not a Stanley Cup contender and to make sure he lands the most lucrative contract possible.

Ever since, teams like the Toronto Maple Leafs and their fans for example have been dreaming of making the right offer to acquire the star blue liner.

However, when Doughty was asked at the All-Star game if part of him gets a kick out of the headlines he creates when he talks about the possibility of testing the free market or getting traded elsewhere.

His answer will crack you up.

“I love it, but at the same time I hate that I have to make all this grief for my organization,” said Doughty, smiling through his tooth.

“I do kinda find it funny, because you can take my words and show them however you want to show them. I truly never want to leave L.A., but it’s fun to kinda to throw those things out in the media,” he added laughing.

“It’s kinda fun doing that stuff, but I do feel bad a little bit about it at the same time.”

Auston Matthews was sure he could convince him to move to Toronto and join his team, but Doughty laughed there too.