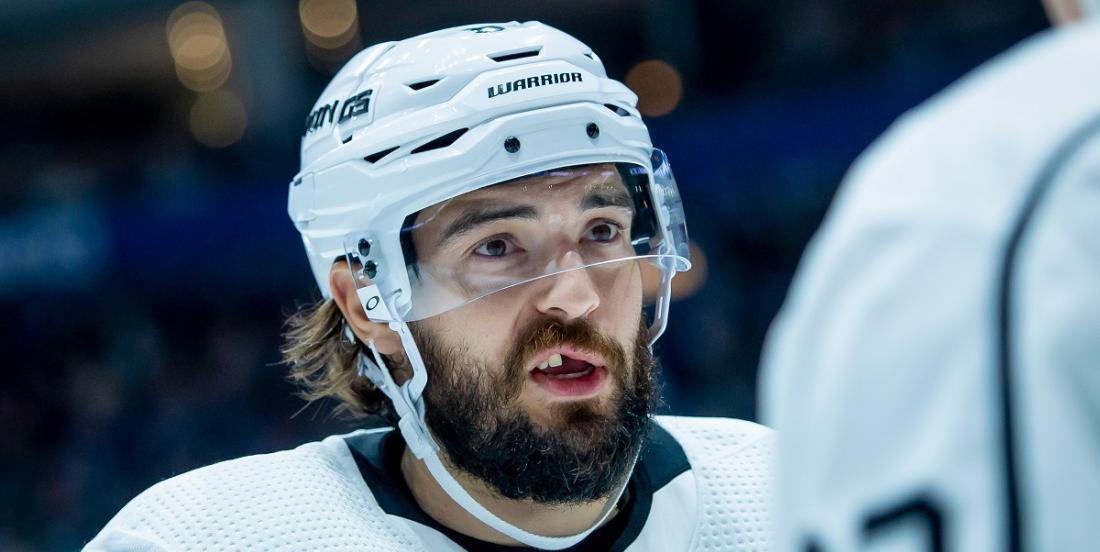 The Los Angeles Kings and the Calgary Flames will face off in the late game on Saturday night and the rivalry between these two teams has seemingly continuously picked up in terms of intensity over the past several seasons.

It was just a few short years ago when you could have been forgiven for thinking that a match up between the Flames and Kings was just like any other match up between two teams in the Western Conference, but since the introduction of Calgary Flames forward Matthew Tkachuk to the National Hockey League it has been anything but typical. Tkachuk has established himself as one of the most difficult players in the league to play against and as an agitator that draws the kind of hatred from rival teams, players, and fan bases that is usually reserved for notorious Boston Bruins agitator Brad Marchand, but arguably no one has been driven to hate Matthew Tkachuk more than Los Angeles Kings star Drew Doughty.

The rivalry that has fostered between Tkachuk and Doughty has already become the stuff of hockey legend with even a rookie Matthew Tkachuk getting under the skin of what was at the time a well established and respected veteran in Drew Doughty. Although the rivalry began in Tkachuk's rookie season it has never appeared die down at any point and in fact just earlier this year the Kings and Flames came to a head once again. A dust up between Doughty and Tkachuk would lead to a big melee between the two teams just a few short months ago now.

Doughty appears more than ready to keep that rivalry going tonight and has had some strong words for the city of Calgary prior to tonight's contest against Tkachuk and the Flames. Doughty was asked about his trips to Alberta, specifically as it pertains to playing Tkachuk and the Flames and Connor McDavid and the Oilers, and not only did he have some harsh words for Calgary he also praised arguably their biggest rival in the Edmonton Oilers.

“I like coming (to Edmonton) — I’m always excited to play against Connor, as much as he’s way better than me. It’s still a lot of fun playing against him, and if I ever do win that matchup, I’ll have a lot of pride from it,” said Doughty as per Sportsnet.