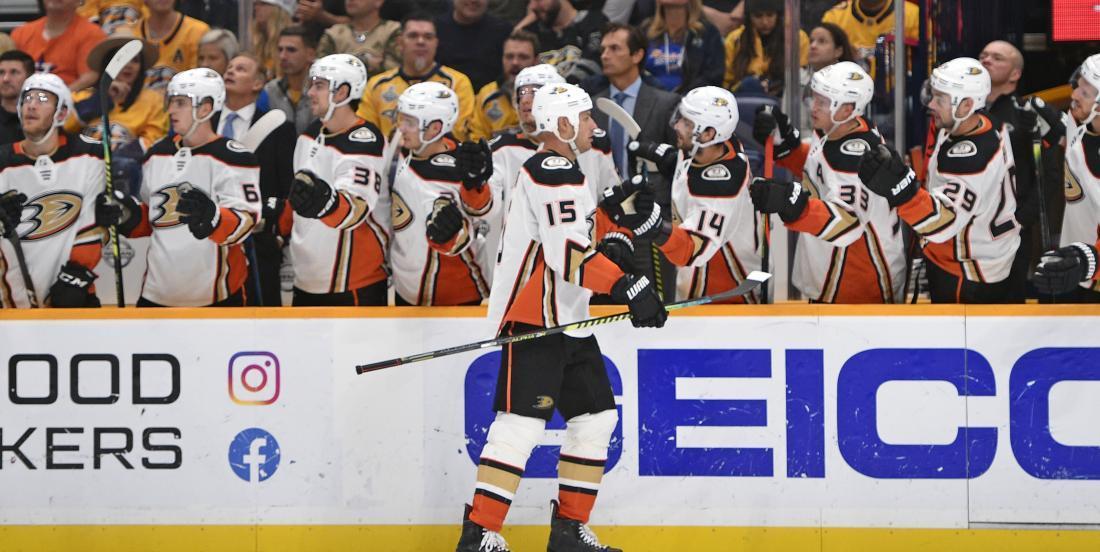 This afternoon, the Ducks will face their divisional rivals, the Golden Knights in Vegas. Both teams have an identical record of 7-5-0 so far this season. in their last game, the Ducks earned a convincing win against the red-hot Avalanche yesterday by a score of 5-2.

The Golden Knights on the other hand have lost their last game on Friday to the Avalanche by a score of 6-1. Vegas goalie Marc-André Fleury who has had in incredible start to the season was even pulled from the game in the second period. He will start again tonight.

For the Ducks, Maxime Comtois will feature on the first offensive line, while Troy Terry will go back on the 3rd line. The rest of the lineup will be identical to the one that played against the Avalanche yesterday.

Here is Anaheim's projected lineup ahead of the matchup against the Golden Knights according to NHL.com insider Danny Webster:

Nicolas Deslauriers, Ondrej Kase and Michael DelZotto are healthy scratches for today's game while Josh Manson is unfortunately out with an injury.

This crucial game for the second place in the Pacific Division should be a good one!