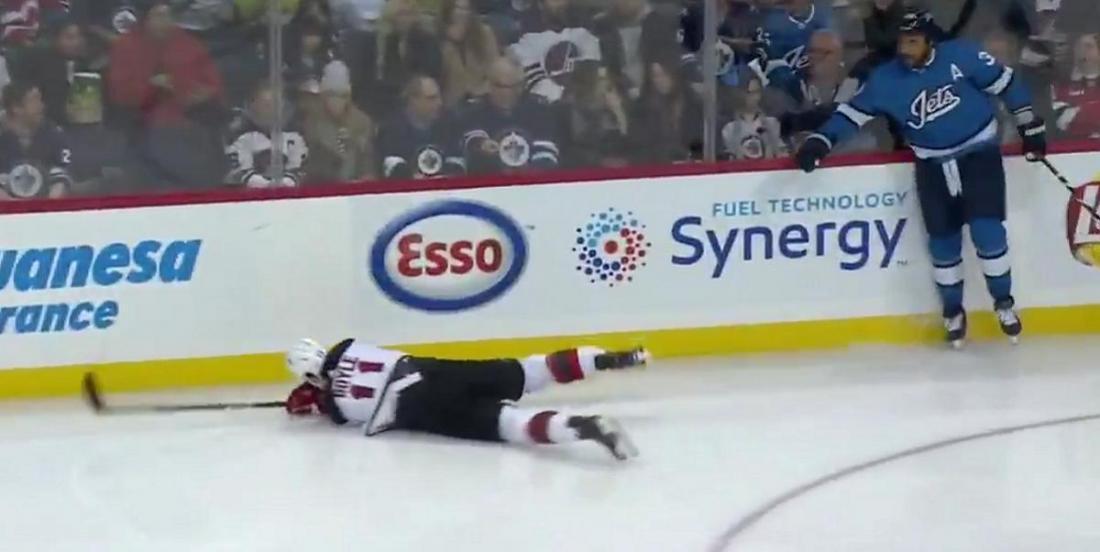 There were some very angry New Jersey Devils' fans on Sunday night and it may be that they are going to get even angrier today.

On Sunday night the Devils were facing off against the Winnipeg Jets at the MTS Center in Winnipeg, Manitoba and unfortunately for the Devils the game did not go the way they had foreseen. By the time it was all said and done the Jets had put up 5 goals on goaltender Cory Schneider who only managed to stop 23 of the 28 shots fired his way for a save percentage of .821 on the night. It was a frustrating night for Schneider and by extension Devils fans who have seen their number one goaltender look shaky over the past several games, but that wasn't the real reason they were up in arms.

Neither Scheider's recent strings of poor performances nor the loss are what truly grated on Devils fans last night, instead it was a massive hit delivered to beloved National Hockey League veteran Brian Boyle that really riled up the fan base. Boyle was absolutely leveled during the game by a massive hit from Winnipeg Jets defenseman Dustin Byfuglien, inarguably one of the most physically dominant players in the entire NHL. Now Boyle is no small man himself so some of the outrage likely stems from the fact that Devils' fans were surprised to see one of their tougher veterans get leveled by such a hit.

The real outrage however stems from whether or not you believe that the hit from Byfuglien targetted the head of Boyle. Now to be fair to Byfuglien he is a massive mountain of a man so even at the best of times his body is going to cover significantly more surface area on a body check than a body check from an average NHL player would, but in spite of that it did not like he made contact with Boyle's head. To be clear Byfuglien did appear to drive the hit through the shoulder as well, but based on the replays for the MSG Network it does look like there was head contact.

The Devils obviously wants the NHL's Department of Player Safety to investigate the hit, and you can tell that the Devils broadcast was furious about the body check, but there's been no indication thus far that the hit will be reviewed.