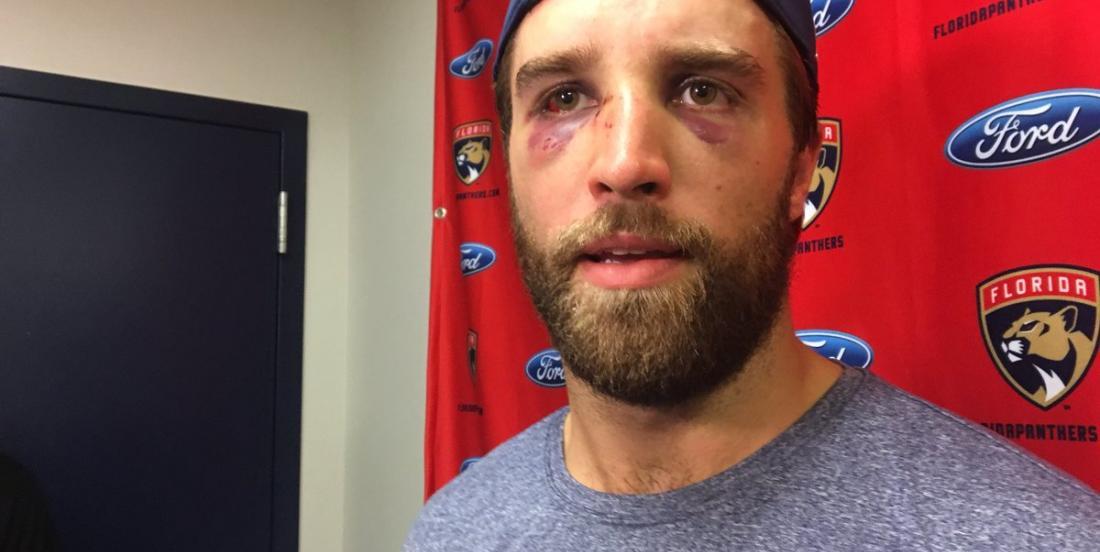 Despite the suspension, Ekblad wants vengeance of his own...

Fans can't say it hasn't been an entertaining preseason so far. Not necessarily for sportsmanship reasons, but still... On Thursday, Montreal Canadiens forward Domi was handed down the first suspension of the season from the NHL’s Department of Player Safety after a senseless sucker punch to Florida Panthers defenseman Aaron Ekblad. The League decided that the young forward will sit out the rest of the preseason for the incident that took place last night in the Panthers 5-2 victory over the Habs.

With the Canadiens losing 2-1 at the start of the third period, Domi thought it’d be a good idea to drop the gloves and spice things up. He tugged on Ekblad’s shirt, asking him to fight, which Ekblad had no interest into. Nonetheless, Domi punched him in the face twice, but still Ekblad didn’t respond. That’s when Domi dropped his right glove and sucker punched him right on the nose. The bloodied Ekblad dropped to the ice. Domi was given a minor, major and match penalty on the play. The Panthers defenseman left the game, at the league’s request, and did not return. He went through tests after the game and has since cleared concussion protocol.

You can see how the incident took place in the video above.

On Friday, it was time for Ekblad to comment the suspension and what might take place the next time the Canadiens and the Panthers meet on the ice, on Dec. 28th. The Panthers blue liner did not miss the opportunity to taunt the new Habs player and cannot wait for their next meeting.

“It’s dumb. I think he’s stupid for doing it. In the end it’s hockey. That’s the way it goes, scores will get settled at a later date.”

“It looks like Max was frustrated. Obviously he wasn’t doing much in the game. He thought that was the right way of taking care of something.”

On Friday morning, Domi explained that "by no means did he want to hurt him..."

"We grew up playing against each other. We always played hard, always battled whether it was minor hockey, junior. By no means did I want to hurt him. I feel bad about it and I hope he’s OK. But I gotta suffer the consequences of it.”

Ekblad's teammate Roberto Luongo did not hold his tongue right after the game, stating Domi's move was simply gutless.

"I'm sure the league will look at it and we definitely won't forget about it," said star goalie Roberto Luongo, who played the first two periods of the contest. "You don't do that. You respect your opponents and if your opponent doesn't want to engage in a fight, there's no reason to drop your glove and punch him square in the face.

"Bit of a gutless play. You don't do those types of things."

The message has now been sent across the league, so you bet the rest of the players will know not to pull anything like Domi did on Wednesday night. And we are pretty sure Ekblad's message also made it to Domi's ears...