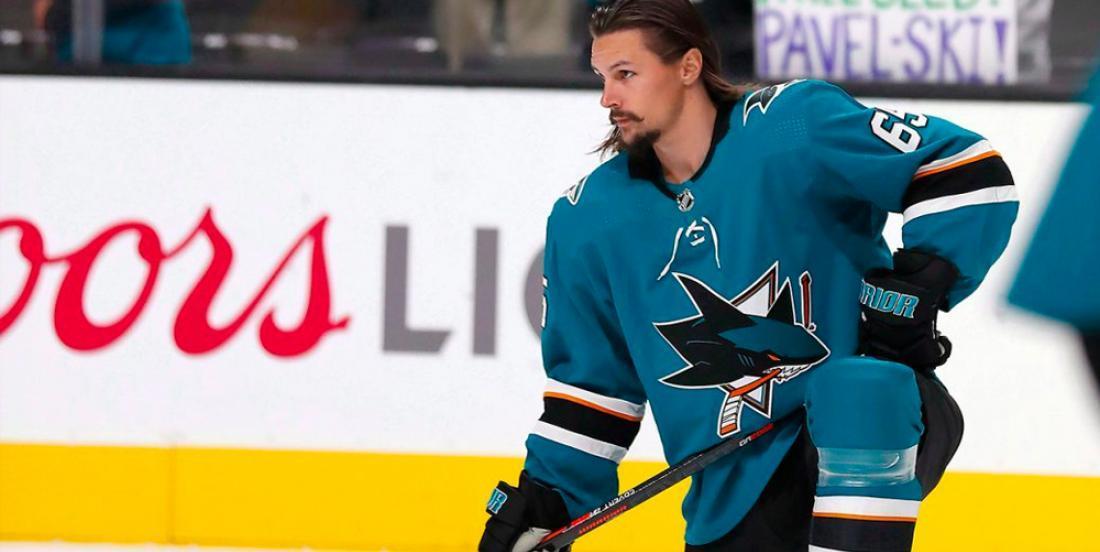 San Jose Sharks superstar defenseman Erik Karlsson recently joined NBC Sports’ Mike Tirico for a conversation about the resumption of the 2019-20 NHL season and what things might look like for his team when play does resume.

One thing’s clear: EK65 doesn’t care how and when the season resumes. The Sharks are out of the running and so his focus is on the 2020-21 season.

“Obviously for us, it doesn’t really matter what happens to the season, personally,” said Karlsson. “But at the same time, you do feel for the guys and the teams that are in a totally different position.”

“If this would’ve happened last year when we felt we were right in it, and we were one of the candidates to have a great chance to win the [Stanley Cup], maybe it would’ve felt different. But as of right now, I don’t know what the point is for us to come back if they’re gonna play us five games [and we’ll] be away from our family and friends and put ourselves in that position for pretty much nothing.”

If the season is in fact over for Karlsson and the Sharks, there are a lot of considerations for GM Doug Wilson to consider for next season. After all, the Sharks were easily the most disappointing team in the NHL in 2019-20. Expected to be a contender in the Pacific Division, the Sharks floundered nearly all season and ended up firing long-time head coach Peter DeBoer as a result. DeBoer, incredibly, ended up getting hired by the team’s arch rival Vegas Golden Knights.

With an aging roster and few prospects in the pipeline, is it time for Wilson and the Sharks to rebuild for the future? Karlsson isn’t having it. When asked about the possibility, he bristled and said it’s “not anything I’m thinking about.”

At nearly 30 years old and with a $11.5 million annual contract, it’s easy to see why Karlsson wouldn’t be interested in a rebuild. The fact of the matter is the Sharks aren’t as bad on paper as they were on the ice this season. Karlsson, Brent Burns and Marc Edouard Vlasic represent as good a 1-2-3 on the blue line as any team in the NHL. Logan Couture, Evander Kane, Timo Meier and Tomas Hertl are all legit game breakers up front. In goal though… that’s where things get rough. Martin Jones and Aaron Dell were both DREADFUL this season and if the team is going to have any chance at a playoff spot in 2020-21, Wilson will need to address the position.

Robin Lehner and Braden Holtby are both intriguing options if the Sharks go the free agent route. A short term deal to help give the Sharks some stability between the pipes might vault the team back into contender status. Then again… maybe we’re witnessing the decline of a perennial Western Conference Contender in real time?

If that’s the case, the Sharks could have a difficult time moving Karlsson and his heft contract.