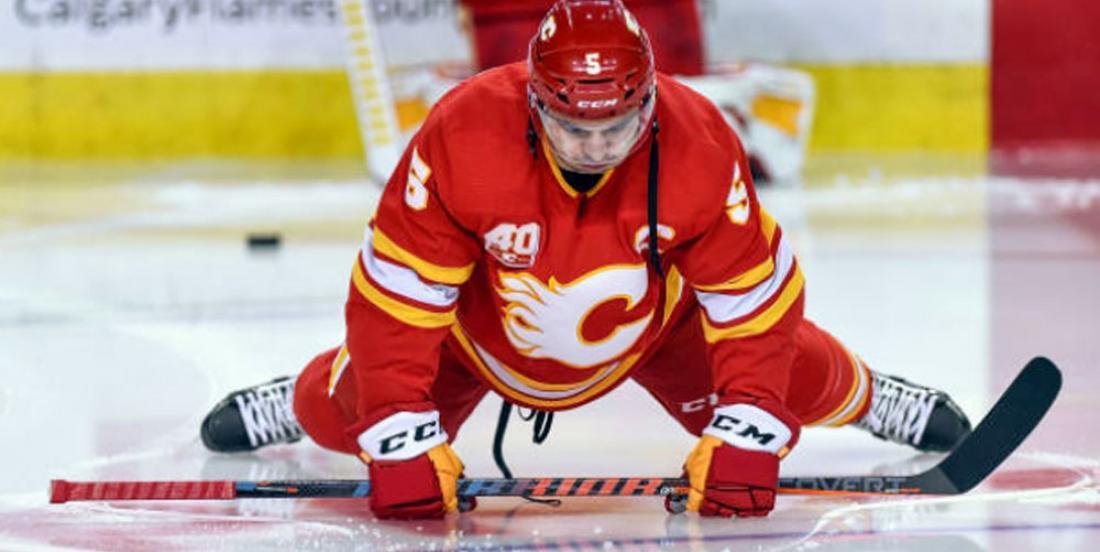 This just in, Calgary Flames general manager Brad Treliving met with the media and officially provided an update on the health of captain Mark Giordano.

Giordano, of course, injured himself in the second period of Tuesday’s 3-1 loss to the San Jose Sharks. The Norris Trophy winning blueliner had an awkward fall and appeared to do the splits while trying to get a shot on goal. Giordano was slow to get up and was seen favoring his right leg as he went to the bench.

Giordano missed yesterday’s practice and underwent an MRI to see whether or not surgery would be needed.

Thankfully… no surgery required. Giordano is officially out “week to week”, but the team will review Giordano’s progress in a week’s time.

Honestly… that’s good news. I know it sucks to lose your captain and your #1 defenseman in the middle of a tight playoff race, but the news could have been a LOT worse.