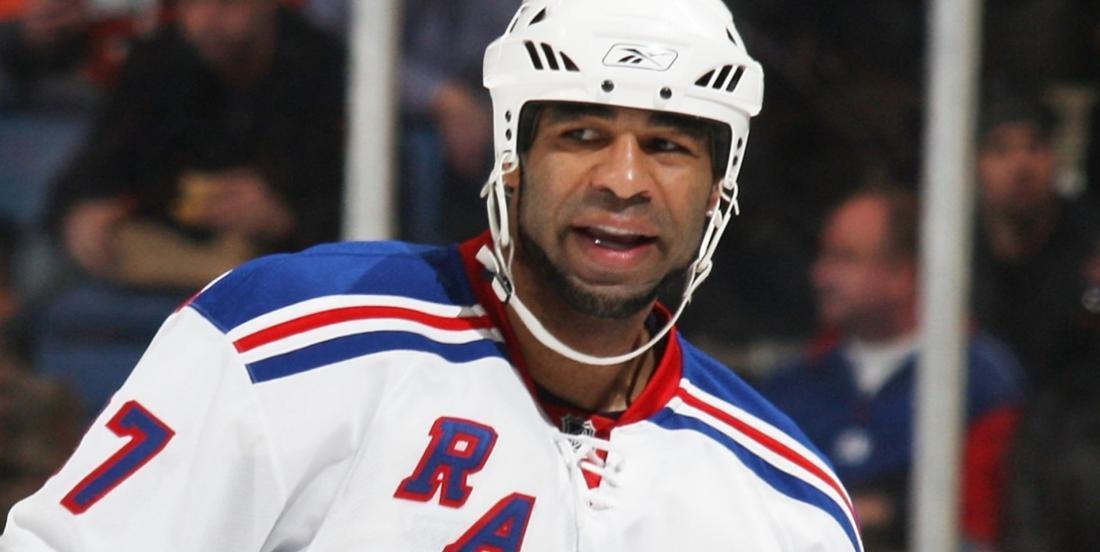 ​From millions to timbits….

Donald Brashear, a former millionaire player in the National Hockey League, is now working in a Tim Hortons outlet in Quebec City and serving coffee to customers.

It wasn’t long before the former NHL enforcer was recognized by customers, who hared the information on social media. According to the report in the Journal de Québec and TVA Nouvelles, the franchise is owned by another former NHL player, Pierre Sévigny. Sévigny informed the paper that he’d hired Brashear to help out.

“He’s an employee, that’s all. We have just started, he is here to help me,” Sévigny told the Journal. “We’ll take it one day at a time.”

Brashear got in hot water this summer as he appeared in court in Quebec City to face charges of mischief and drug possession.

Brashear might have made millions of dollars in the NHL, but after his retirement in 2010, he found himself entangled in legal and financial problems.

This could be a good sign that he is taking matters into his own hands and trying his best to get back on track.