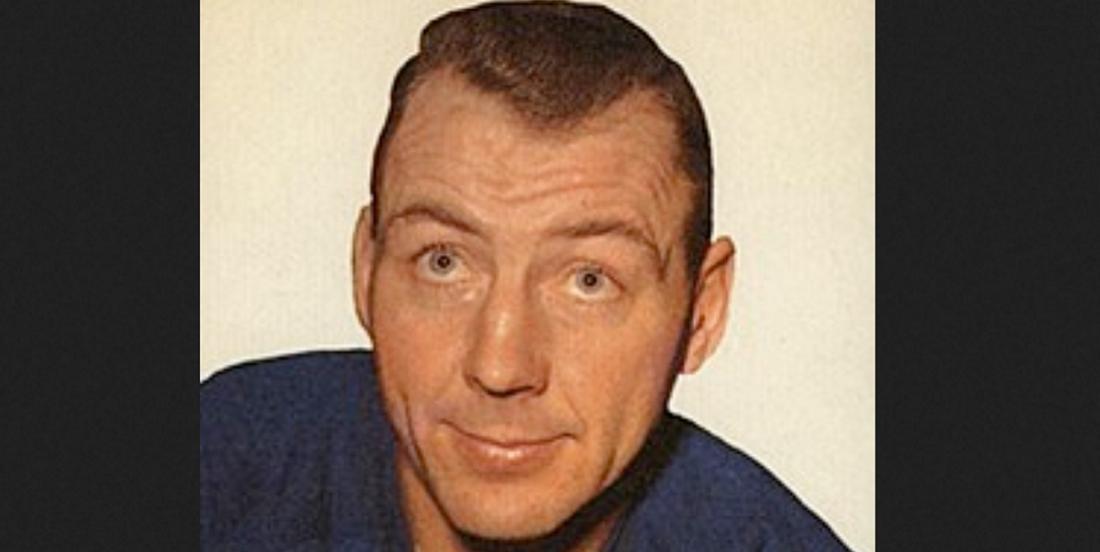 We have some sad news to report on Monday morning.

According to a breaking news report from Richard Goldstein of the New York Times News Service, former National Hockey League ironman Andy Hebenton has died this week while residing Gresham, Oregon. The news was confirmed by Andy's son Clay Hebenton and at this time the cause of death is unknown, Andy was 89 years old at the time of his passing.

Hebenton is of course best known as one of the National Hockey League's former ironmen, a record he set by achieving a rather incredible feat that not many of the game's current stars could likely hope to repeat. You see Hebenton played in a total of 630 games during his career in the National Hockey League, the overwhelming majority of which were played with the New York Rangers although he did have 1 season with the Boston Bruins, and he did so without every missing a single beat. That's right during his entire career, in a much much tougher era of hockey, Hebenton distinguished himself by never once missing a single game, even after he lost 7 teeth in the span of just a single week during his career. That 630 game streak was enough to give him sole possession of the NHL's ironman streak at the time of his retirement, but that record has now since been surpassed and is currently held by Doug Jarvis who played a whopping 964 consecutive games.

To be fair to Hebenton though his ironman credential are even more impressive that his NHL totals would lead you to believe. You see prior to this entry into the NHL he also appeared in 216 consecutive minor league games and he appeared in an additional 216 minor league after he was cut from the Boston Bruins roster at what would be the end of his career as an NHL hockey player. That brings his total ironman streak to a stunning 1,062 straight games. In fact the streak only came to an end when Hebenton traveled to Winnipeg, Manitoba during one particlaur game day to visit the funeral of his father Robert Hebenton.

Andy is survived by his sons Clay and Tim Hebenton as well as his three daughters, Melanie Walker, Karen Hebenton and Terry Fisher; five grandchildren; and two great-grandchildren. His wife, Gail Hebenton, died in 2014. Our thoughts go out to the Hebenton family in this difficult time.