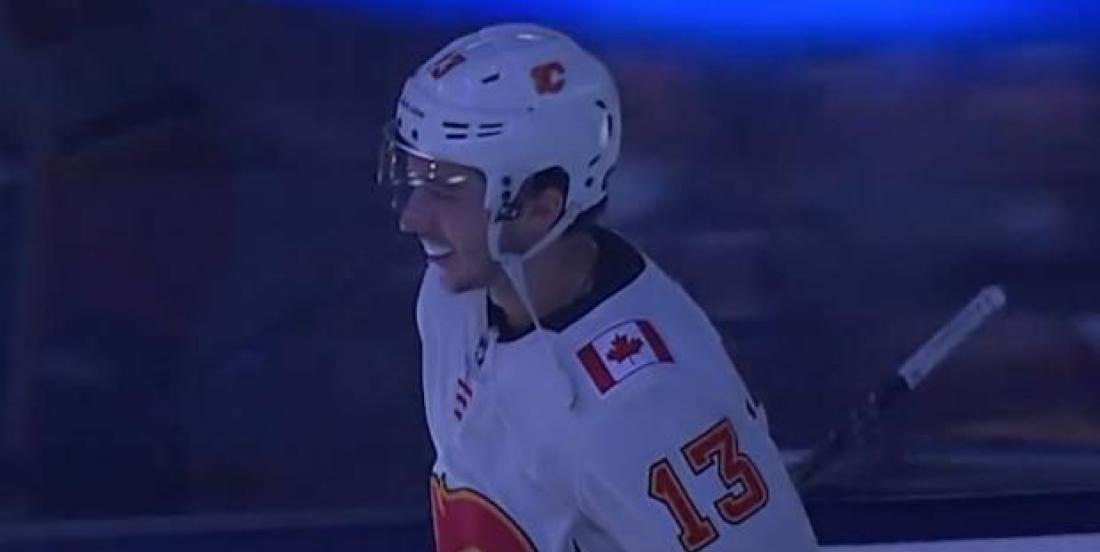 We're hoping that Gaudreau got used to the sound by the end of the game!

Johnny Gaudreau had quite the night in Columbus on Tuesday as the Calgary Flames faced the Blue Jackets in what turned out to be quite the high-scoring affair.

The Flames star forward looked quite good all throughout the game, however, it started after the first whistle of the game. Before prior to that, Gaudreau didn't look so good, especially during the warmup. Gaudreau got scared by the cannon when it went off and knew right away that he looked like a fool.

We're hoping that Gaudreau got used to the sound by the end of the game as the Blue Jackets scored six goals, but the Flames had the last laugh by scoring nine.

Gaudreau opened the scoring, but it did not take long for the Blue Jackets to take over and take a 4-1 lead early in the second period. They even chased goalie David Rittich out of the net. However, the Flames scored five goals in the second period to rally past the Jackets, who still continued to put up some goals in hope to win the game.

“At 8-6, I thought we still had chance,” said Blue Jackets head coach John Tortorella after the 9-6 loss.

And on top of all the goals he has provided fans, he also gave them a good laugh!