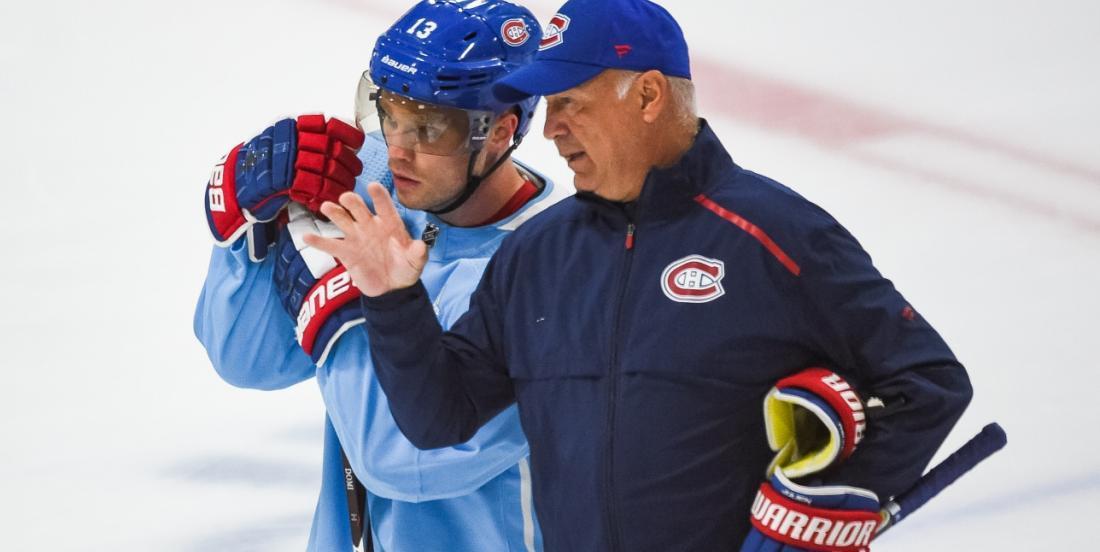 It was great to see Montreal Canadiens head coach Claude Julien healthy and talking with reporters on Wednesday after undergoing a heart procedure during the Stanley Cup playoffs.

Julien had a stent installed in a coronary artery Aug. 13 in Toronto after complaining of chest pains. He was sent back to Montreal where he watched his team get eliminated in six games at the hands of the Philadelphia Flyers. But make no mistake about it, he is ready to return behind the Habs’ bench.

On Wednesday when speaking with reporters however, Julien appeared to make one mistake.

General manager Marc Bergevin recently stated that he sees Nick Suzuki Jesperi Kotkaniemi and Phillip Danault as his top three centres. And we all know that Max Domi wasn’t pleased with being used in the middle of the fourth line.

When asked about next season’s lineup and possible changes, Julien went on to say that Domi was a better player down the middle than he was at the wing (translated from French):

"We prefer Max Domi at centre. His production has been decent but he's been shooting at the net a lot less this season. He likes to make plays more than shoot on goal. We put him on the wing sometimes in the playoffs because the other centres were playing very well.”

The forward has said more than once that he has no interest in getting back on the wing next season. But there is no room for Domi at centre in Montreal! Did Julien just leak confirmation that the 25-year-old is getting traded this offseason?

But in the first round’ series against the Philadelphia Flyers, it didn’t even look like he cared much. However he cares about playing down the middle where he won’t get little ice time on a fourth line.

You heard Julien: sounds like a trade is coming!