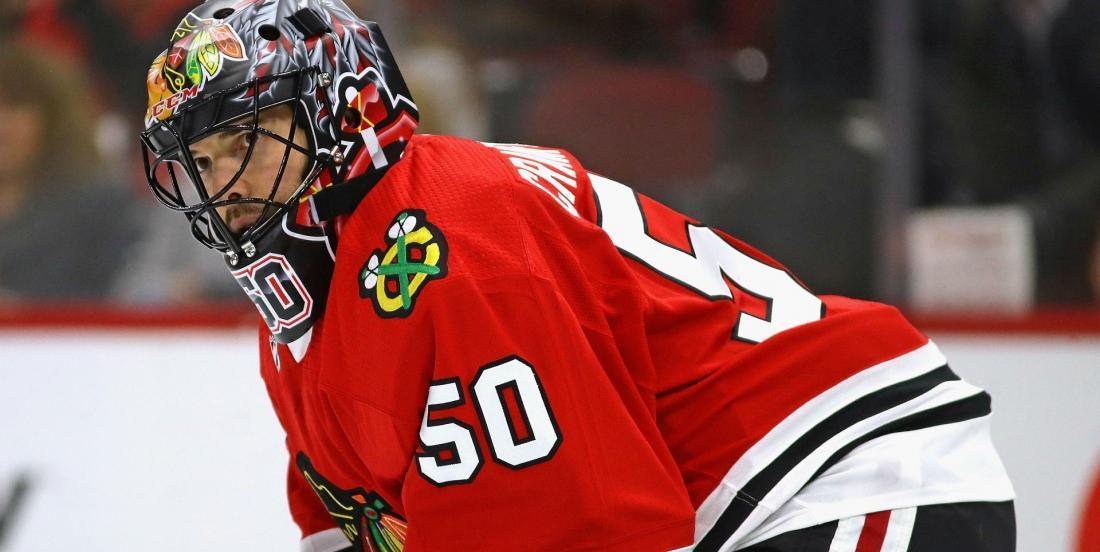 It all started at the start of camp when star goaltender Corey Crawford was deemed unfit to play, and was later joined by defensemen Olli Maatta and Connor Murphy were ruled “unfit to participate” and did not take part in practice with the Blackhawks ’ main group Friday at training camp. Then on Tuesday, it was reported that captain Jonathan Toews was too deemed unfit to participate, which was the ultimate blow for the team and its fanbase.

However some good news might have come out of Tuesday’s practice after general manager Stan Bowman finally gave an update on Crawford, stating the club was “shooting for” Crawford to join the team and travel with them to Edmonton on Sunday, per Ben Pope of the Chicago Sun Times.

“We are hopeful” that Crawford will travel with the team, Bowman said. “We’ll be able to give you a better idea when we get closer to the weekend, but it’s something that we’re still shooting for… We’re still hoping that’s the case.”

There have been lots of talks on Crawford and why he did not attend any of the Hawks’ Phase 2 workouts, which began June 10, and has also not yet appeared at training camp, which started last week. All that was said that he  was “unfit to participate,” the NHL’s new universal term for all players missing from practice, be it because of injury, COVID-19 or any other reason.

During Crow’s absence, Malcolm Subban, who gave to the Windy City at the trade deadline, and AHL goaltenders Collin Delia and Kevin Lankinen have been battling for the No. 1 job in his stead. However, we all know Crawford’s return will be crucial in the Hawks’ success to beat the Oilers and move on into the postseason.

Crawford has much needed playoff experience : the two-time Stanley Cup champion is tied for 15th in the league this past season with a .917 save percentage. It started off as a tough campaign for Crow, but he still managed to record a .928 save percentage in 20 games after New Year’s Day and a 5-2-0 record with a .934 save percentage in his last seven starts in particular.

If he builds off from there - and most importantly, returns completely fit to play and healthy, the Hawks could be in great position to get to the first round of the postseason. And speculations on his endangered future in the NHL will finally come to an end!