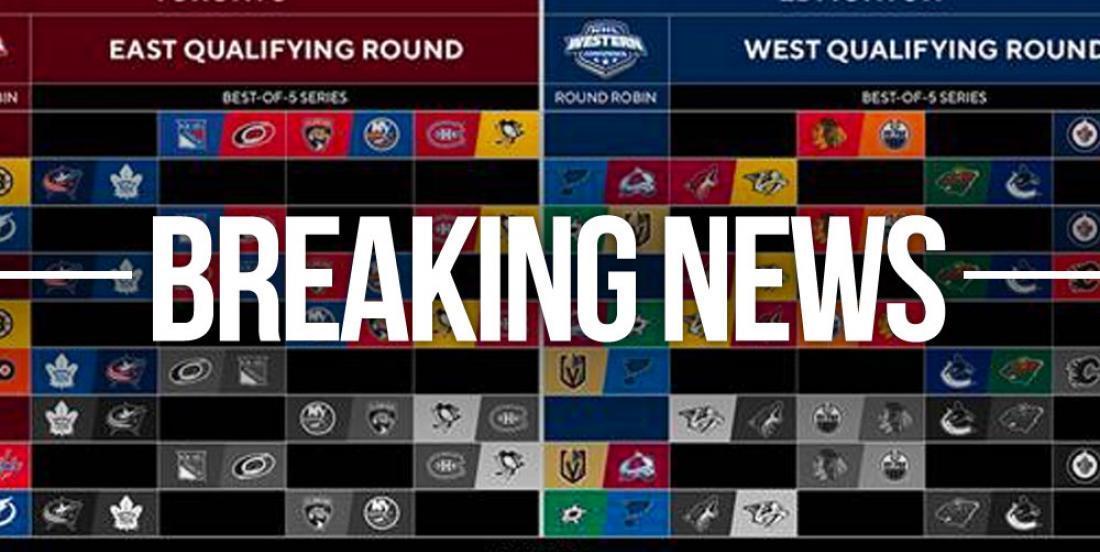 This is a great way to end the week.

The NHL and the National Hockey League Players’ Association voted on Friday to ratify the Return to Play protocol and collective bargaining agreement, it was announced Friday evening.

This means the NHL will return this summer if deemed safe and carry labour peace for the next six years. According to TSN Senior Hockey Reporter Frank Seravalli, NHLPA membership voted 502 to 135 in favour of ratifying the full CBA and collective bargaining agreement.

What fans will get out of this great news is the fact that we know have an official schedule to the start of the Stanley Cup playoff tournament. Hockey reporter John Shannon was one of many to share the schedule, with the first puck drop getting done on August 1st for the game between the New York Rangers and Carolina Hurricanes.

Teams will travel from their home markets on July 26 to either Toronto or Edmonton, the hub cities where all of the games will be played. The entire playoff tournament is scheduled to be completed in no more than 62 days — commencing Aug. 1 with the best-of-five qualifying round and producing a champion by the first week of October.

Up to three games per day in each city will be played to start. It will be quite a busy time in the NHL!

Players will have until 5 p.m. ET on Monday to exercise their penalty-free right to opt out of the 2019-20 return to play plan. They must do so in writing to the NHLPA and NHL Central Registry.

In the meantime, let’s focus on the positive as many NHL clubs have been in the past hour, posting tweets of their return to action and how excited they are to head to their respective hub city to resume play.