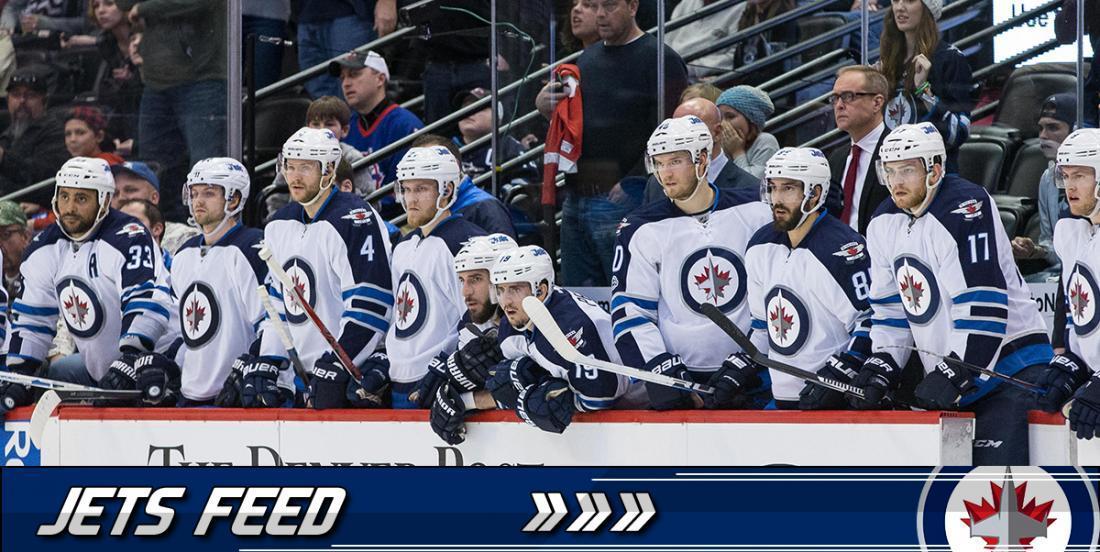 The Winnipeg Jets have recalled forward Brendan Lemieux from the Manitoba Moose (AHL), and have assigned defenseman Tucker Poolman to their farm team, the team announced on Monday, before taking off for Buffalo where they'll face the Sabres tomorrow night. Lemieux played seven games with the Jets this season, scoring one goal, and Poolman also has one goal in 13 games with Winnipeg.

Drafted 31st overall by the Buffalo Sabres in 2014, Lemieux was acquired via trade by the Jets in 2015, in a blockbuster deal that sent Evender Kane, Zack Bogosian and Jason Kasdorf to Buffalo and defenseman Tyler Myers, forwards Drew Stafford and Joel Armia and a first round pick in 2015 (Jack Roslovic) to Winnipeg. Lemieux player his first seven NHL games with the Jets this season, scoring his first NHL goal on October 29th against the Pittsburgh Penguins.  At the AHL level, the 21-year old forward registered 46 points and 209 penalty minutes in 90 games. He is the son of former NHLer Claude Lemieux.

Poolman, 24, was drafted 127th overall by the Jets in 2013. He is playing in his first professional season, after he played three seasons with the University of North Dakota (NCAA), where he registered 72 points in 118 games. He played 13 games with the Jets so far this season, scoring one goal and registering a defensive differential of plus three. At the AHL level, the Dubuque, Iowa native has one point and four penalty minutes in seven games with the Manitoba Moose.

The Jets are currently first in the Central division with a record of 25-11-7, and they have won seven of their last ten games. They won their last game last night, when they beat the San Jose Sharks by the score of 4-1. Connor Hellebuyck has a record of 7-0-2 in his last nine starts.