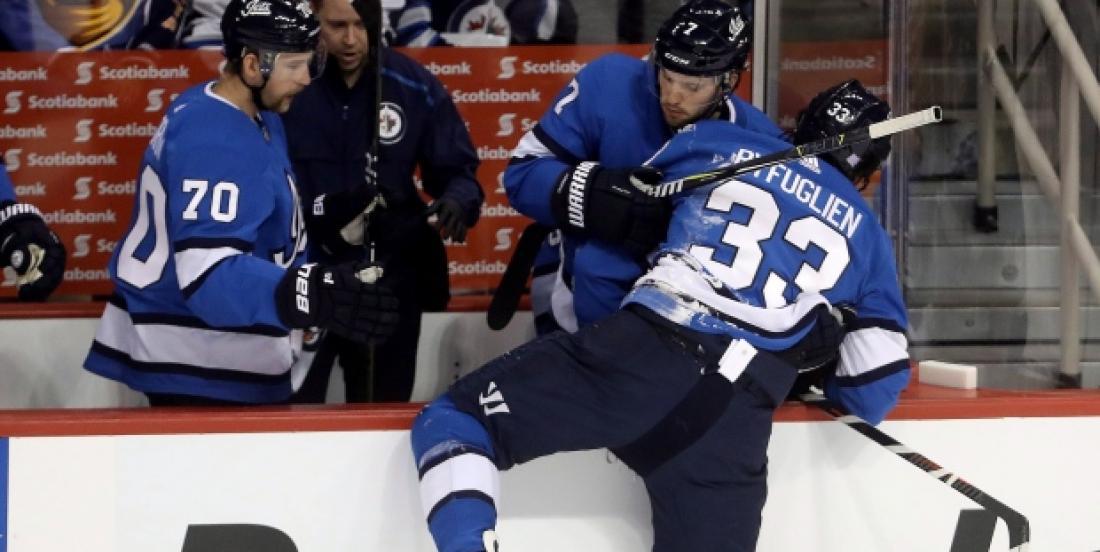 Who is really to blame here?

When you take a look at the massive hit between Winnipeg Jets' Dustin Byfuglien and Pittsburgh Penguins' Jamie Oleksiak, you had to wonder how it was possible that the biggest man in the National Hockey League was back on the ice just nine minutes later after needing help to get over the boards and out to the Jets' dressing room...

The nasty collision took place at the blue line between Pens Oleksiak and Big Buff. Oleksiak is currently the second heaviest player in the NHL, weighing 255 pounds, just five less than Byfuglien. However it was the latter who got the worst of the massive hit.

Byfuflien wasn't expecting this result as he attempted to square off Oleksiak. While both players reacted to the hit and fell to the ice, Oleksiak was able to get back up as Big Buff was left shaken up. He needed the help of teammate Ben Chiarot to hold him up and help him get over the boards. He then managed to leave the game and headed to the dressing room for evaluation. The Jets' big man definitely got the worse of the hit. That's 515 pounds of weight coming together...

See the whole segment in the video above atop of this article.

Earlier today, it was revealed that the NHL would investigate further on why Byfuglien was back on the ice so quickly after the huge collision. TSN Hockey Insider Darren Dreger reported on Twitter that the NHL intends to follow up to ensure the Jets followed the league's protocol regarding Byfuglien in Tuesday's loss to the Penguins.

Jets head coach Paul Maurice spoke out moments later, revealing the reason why his star defenseman returned to action when he did. He maintains that protocol was followed and his defender was feeling fine after the hit.

“So the spotter calls the hit. [Byfuglien] goes in, does his tests, gets a yes or no, and if it’s feeling good if it’s a yes, he can come back and play. And he did,” Maurice told reporters after practice.

People could wonder now was the 33-year-old was absent for team practice this morning. This is what Maurice had to say about his blue liner's condition at the moment.

“Byfuglien felt good last night after the game and felt good against this morning, but we still monitor those things. We’ll see how he’s doing tomorrow morning,” Maurice said after the game.

“Just kept him [out of practice], a little precaution for us. He felt fine. He’s also been dealing with the flu going back a few days, so we’ve got a few guys that are fighting through it.”