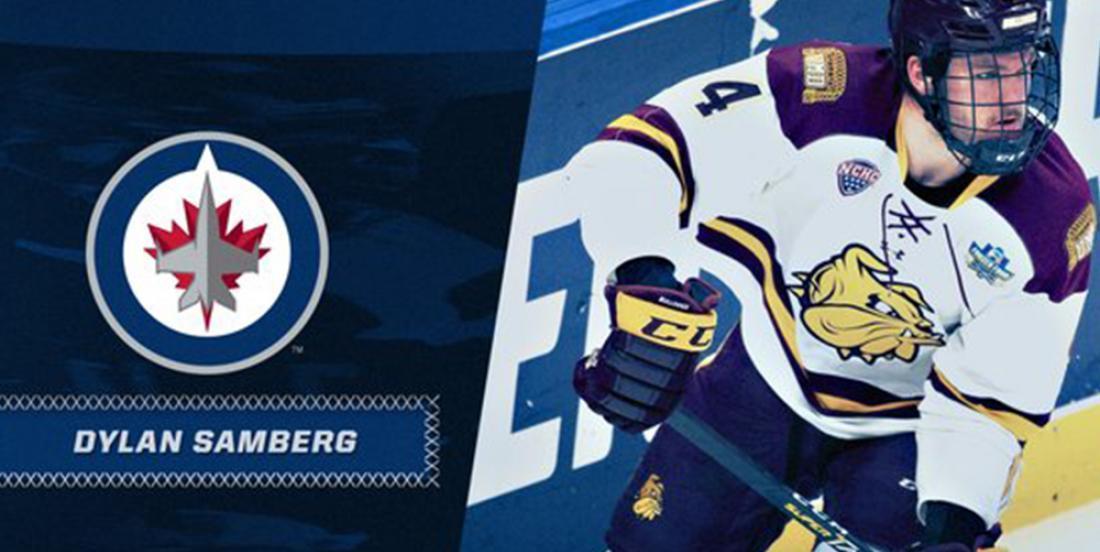 This just in, the Winnipeg Jets have signed top defensive prospect Dylan Samberg to a three-year, entry-level contract.

Read below for the full press release announcement of today's signing courtesy of the Jets' official website:

WINNIPEG, April 7, 2020 - The Winnipeg Jets announced today they have signed defenceman Dylan Samberg to a three-year, entry-level contract with an average annual value of $1,175,000. Samberg's three-year deal will begin next season.

Samberg, 21, was drafted by the Jets in the second round (43rd overall) in the 2017 NHL Draft and just completed his junior season with the University of Minnesota-Duluth Bulldogs. The Hermantown, Minn. native recorded his highest points (21) and assists (20) totals in 2019-20 despite playing in just 28 games. Samberg's 20 assists were the second-most on the Bulldogs, but the early cancellation of the NCAA hockey season ended UMD's hopes for a third straight NCAA championship.

Internationally, Samberg represented Team USA at the 2018 and 2019 IIHF World Junior Championships. He recorded four points (1G, 3A) in seven games to help the Americans win a bronze medal in 2018 and tallied a pair of assists in seven games en route to a silver medal in 2019.