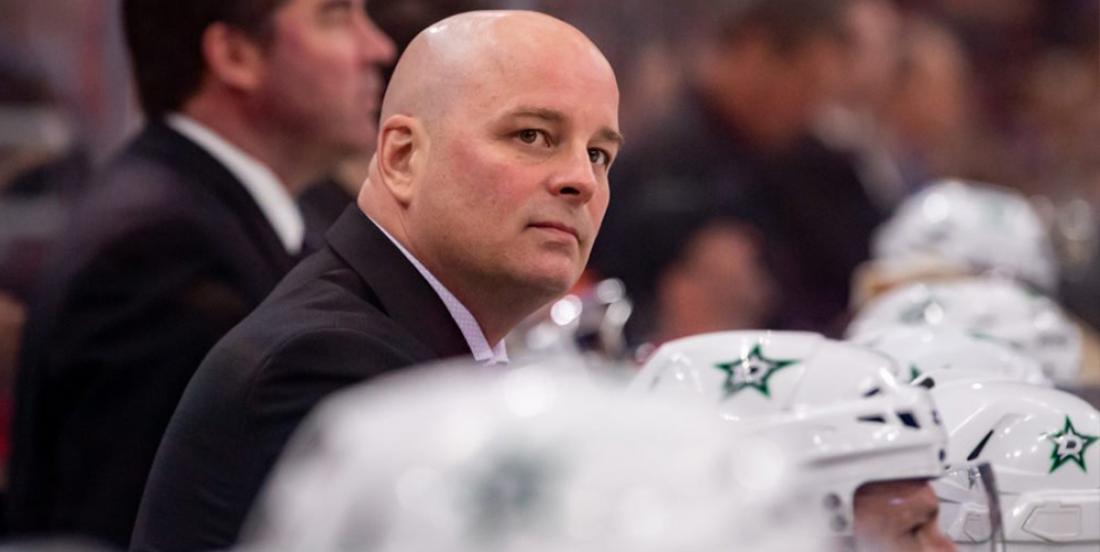 The former Stars head coach makes his first public statements since his dismissal.

Former Dallas Stars head coach Jim Montgomery sat down with Pierre LeBrun of TSN and The Athletic yesterday and made his first public comments since being fired by the Stars back in December, 2019.

Montgomery was raw, honest and earnest with LeBrun and did not shy away from accepting responsibility for losing his job due to an ongoing battle with alcoholism. While the details surrounding Montgomery's firing were never made public, the fact is that there was always an insinuation that alcohol had played a part. Yesterday's interview confirmed it.

Things are different for Montgomery now. He's trying to do the right things.

“It’s been an incredible journey, to be honest,’’ he said. “A new journey in sobriety that began with a lot of fear and anxiety and a lot of guilt. But today, with the help of many people, especially family, close friends and numerous great people that suffer from the same addiction I do, and my daily conditioning that I’ve learned to do, I’m a confident, hopeful, mindful and incredibly grateful person today.’’

Montgomery also talks about the warnings he received from the Stars for his actions. This wasn't an isolated event.

“Jim Nill is a great man, he had a couple of talks with me about his concern,’’ Montgomery said. “He thought maybe I had a problem. I don’t know if it was ego on my part or the success I was having, but even though I realized that there were many days or mornings where I was hungover and I’m like, ‘I’m never going to do that again.’ I didn’t believe I had a problem.’’

“It wasn’t only Jim Nill that gave me warnings, but my wife had expressed concerns,’’ Montgomery said. “Close friends had done it. Even though you know you’re not doing the right things, not going to bed at the right time — stop drinking before you lose control of your faculties, you have to be ready to admit you have a problem and to do the work to overcome it in recovery.’’

One thing that's never been in question is the fact that Montgomery is a good coach. But, will he coach in the NHL again one day?

“I’m hopeful for an opportunity. I don’t control that. Right now I’m just focused on myself and my family,’’ he said.