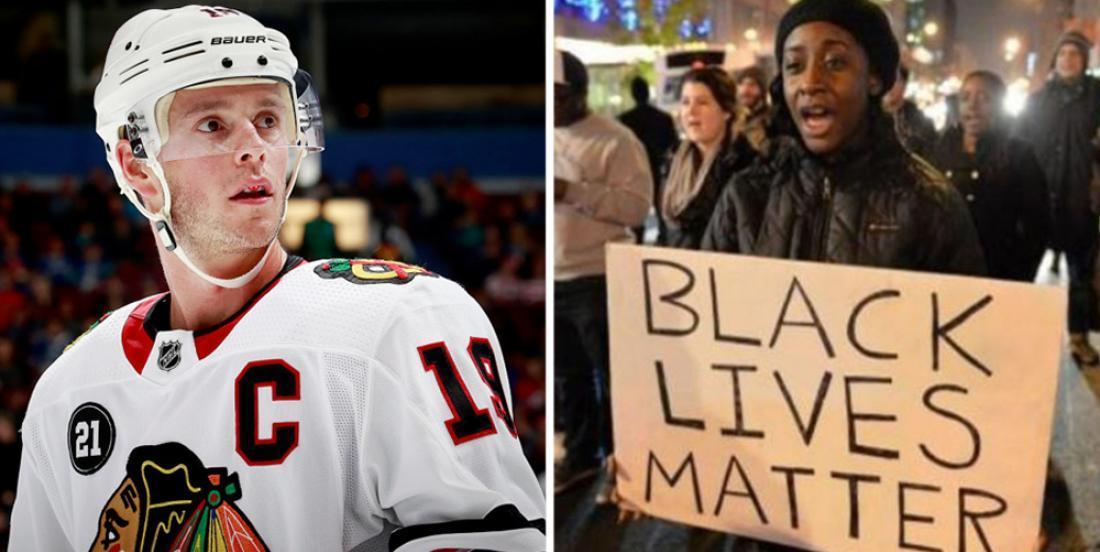 Chicago Blackhawks captain Jonathan Toews has released a statement on his social media accounts in response to the political and racial strife currently playing out in the streets of many major American cities and... if this doesn't tear you apart then you simply don't have a pulse...