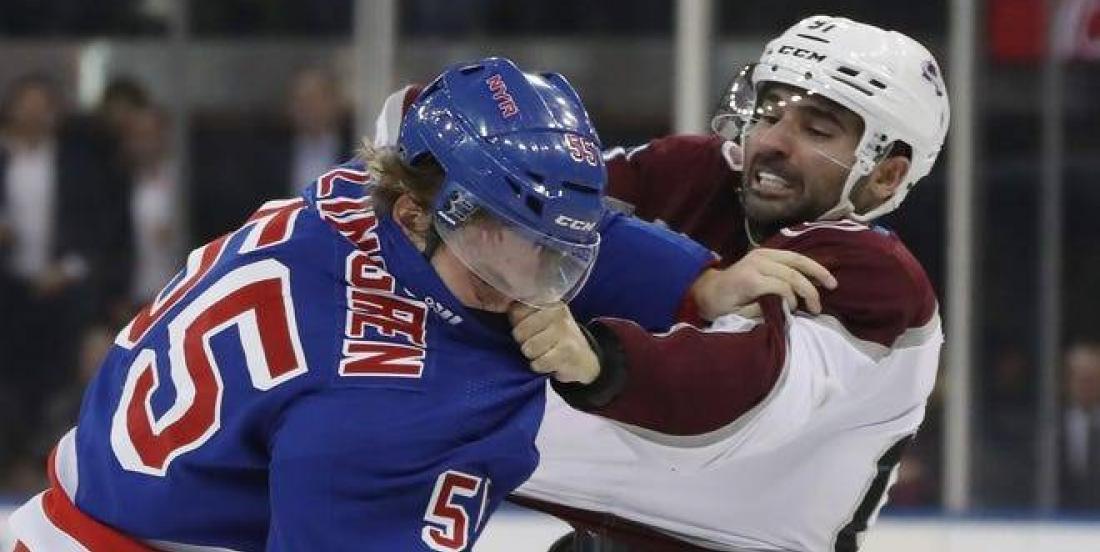 You can’t say Nazem Kadri isn’t a team player. On Tuesday night as his Colorado Avalanche faced the Rangers in New York City, Kadri flipped out when he saw one of his teammates down on the ice.

With just under four minutes to play in the first period, Ryan Lindgren leveled Joonas Donskoi after the Avs forward had dumped the puck into his attacking zone at the red line.

The Rangers’ blue liner seemed to make contact with Donskoi’s head and sent the forward to the ice, injured. When no penalty was called on the play, Kadri tracked down Lindgren and took justice into his own hands.

Kadri, who was leading the Avalanche with 60 penalty minutes heading into the game, got Lindgren’s attention by cross-checking him in the back. Lindgren never dropped the gloves, but that did not stop Kadri from landing multiple punches that bloodied the defenseman.

Kadri was given an instigator penalty, plus five for fighting and a misconduct for 17 total penalty minutes. Lindgren left the game with an injury. Donskoi didn’t return to the game, either.

After the game, Kadri explained why he snapped and went after Lindgren himself to make him pay.

“There’s no call (on the hit). We have to take care of ourselves.”

If it makes Kadri and the Avalanche feel any better, the NHL announced on Wednesday morning that Lindgren will have a hearing today for an illegal check to the head on Donskoi.