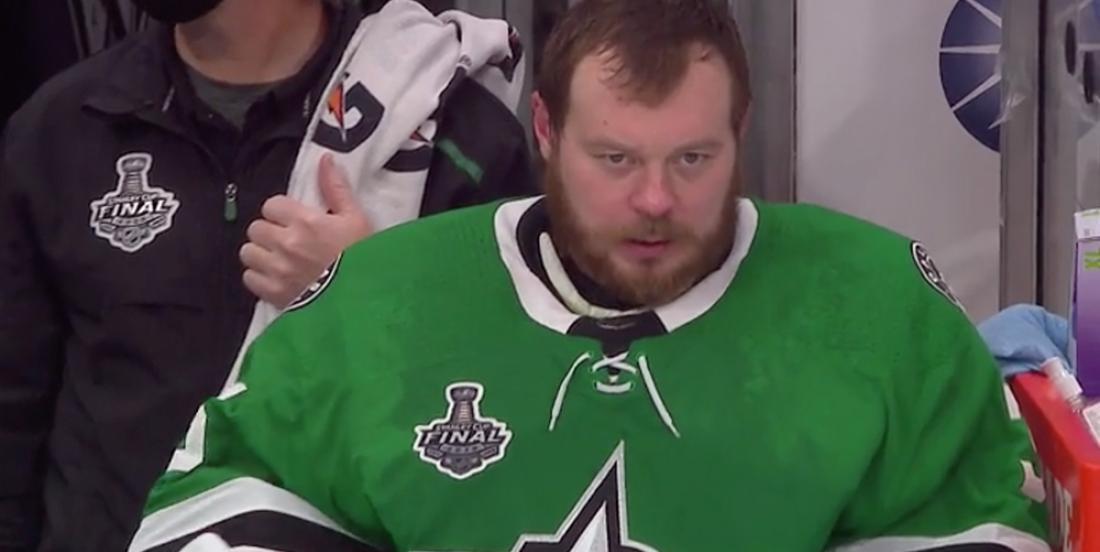 The legend on Dobby appears to be unravelling right before our eyes. Has the clock finally struck midnight on Anton Khudobin's incredible Cinderella story?

The Dallas Stars goaltender surrendered five goals through 40 minutes tonight in Game 3 of the Stanley Cup Final against the Tampa Bay Lightning and, as a result, his evening was ended prematurely. Khudobin got the hook from head coach Rick Bowness during the game's second intermission. Rookie backup Jake Oettinger is now between the pipes for the Stars. Ben Bishop continues to be sidelined by an injury.

But here's the thing... Khudobin hasn't even played poorly. Sure, there are a couple goals he'd like to have back, but he and the Stars defence were absolutely under siege in the 2nd period. Khudobin faced 21 shots in the frame alone. Again, he hasn't been his best but he's hardly the biggest problem with this Stars team this evening.

For reference, here are tonight's goals: