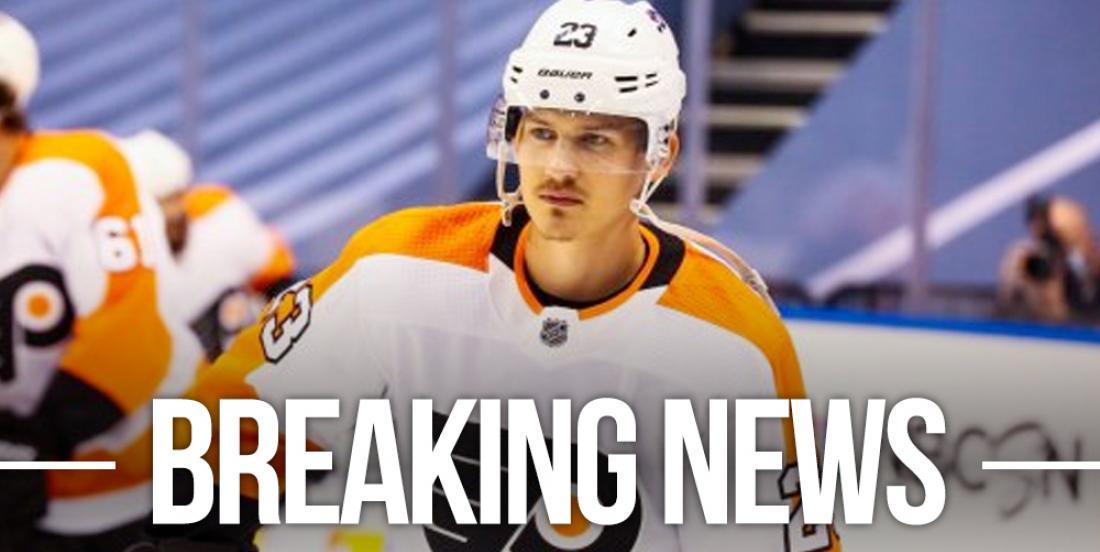 More than 8 months since his cancer diagnosis, Oskar Lindblom is back.

The Philadelphia Flyers forward will suit up and play tonight as his team takes on the New York Islanders in Game 6 of their second round Stanley Cup Playoff series. The team confirmed the rumours with a stirring message on social media.

Incredible. Just the fact that this kid can lace up the skates and go for a twirl around the ice with his teammates is an accomplishment in itself. It's been eight and a half months since Lindblom was diagnosed with Ewing's sarcoma a rare form of bone cancer. The diagnosis effectively ended Lindblom's season back in December, but he has progressed fantastically and in early July he completed his chemotherapy treatments.

It isn't all sunshine and roses in the Flyers injury front though as star forward Sean Couturier will reportedly NOT play this evening.

Additionally, Joel Farabee will not play either:

Couturier left Game 5 as a result of an attempted hit on Barzal. Couturier had Barzal lined up and was ready to lay the BOOM, when Barzal pulled off a nice little sidestep move and the pair accidentally ended up colliding knee on knee. Ugly stuff.

Lindblom should provide the Flyers with a boost but, to be perfectly blunt they'll need to be better if they're going to force a Game 7. The loss of Couturier cannot be overstated. He's a big, big, BIG loss to this team.

The fact of the matter though is that the Flyers have simply not been up to snuff in their series against the Isles, despite what we saw in Game 6. The Isles under head coach Barry Trotz have just found a way to grind and have forced the Flyers to play a tough, gritty, defensive game that's played mostly along the sideboards and in the corners. If the Flyers can find a way to get out of the muck and into some open ice, they'll generate some offence but so far in this series those opportunities have been few and far between.

The truth of the matter is that the Flyers need some of their veteran leaders to step up. Captain Claude Giroux managed to get the monkey off his back last game, but prior to that he had just one goal in his last 23 playoff games and just three goals in his last 30 playoff games. He has just five assists in 13 post-season games this summer. That's obviously not going to cut it.