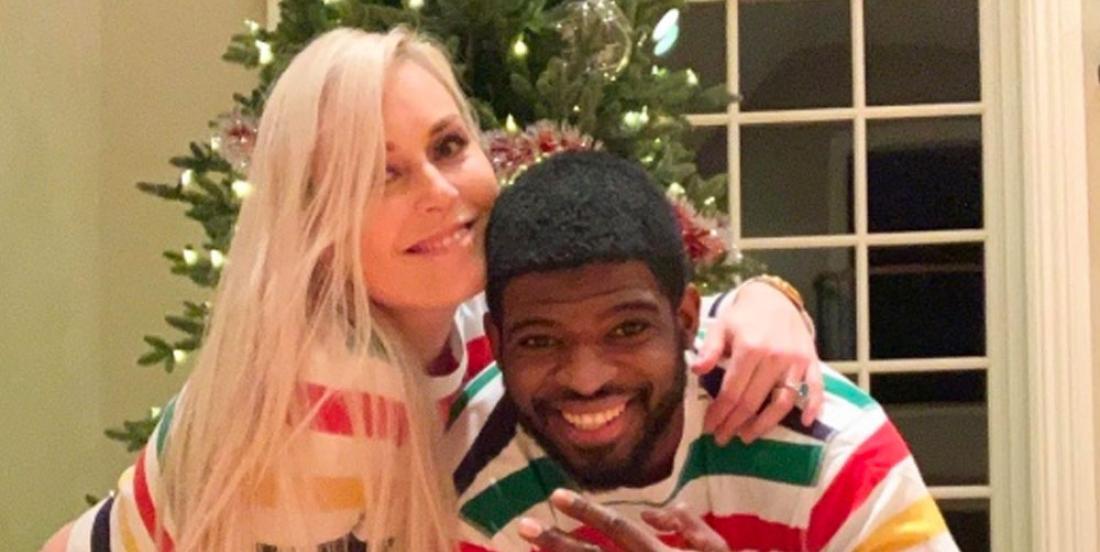 Getting engaged twice in the same year, why not?

Earlier this year, New Jersey Devils defenseman asked Olympic skier Lindsey Vonn to marry him, and on Christmas Day, Vonn wanted to do the same for her fiancé.

That’s right: Vonn popped the question on Wednesday,  which also happened to be their two-year anniversary.

“In a ‘non traditional’ move, I asked PK to marry me and he said, Yes!” Vonn posted on social media, showing a picture of the two of them posing together in matching striped pajamas with their dogs.

“Women aren’t the only ones who should get engagement rings!" the 35-year-old added, along with the hashtag #equality and a photo of Subban, 30, showing off his new bling.

What a great move the olympic champion!