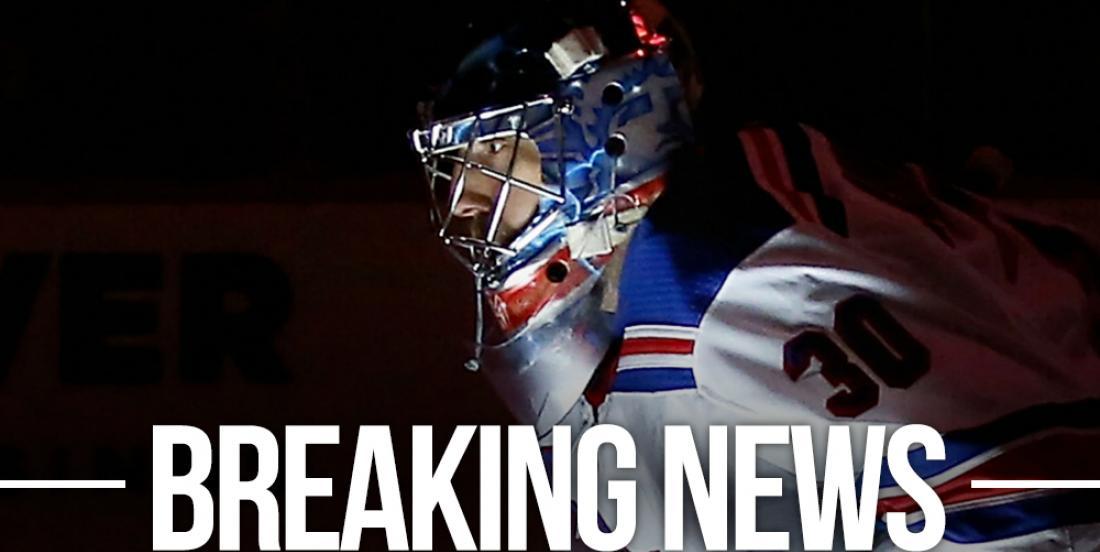 In case you missed it earlier today, the New York Rangers officially bought out the final year of goaltender Henrik Lundqvist's contract, effectively cutting ties with him after 15 years.

"Few players have been as important to the Rangers franchise as Henrik Lundqvist, and we are incredibly grateful for all he has done for our organization," said Rangers chairman James L. Dolan in a prepared statement. "Over his 15-year tenure, he not only established himself as one of the best goaltenders to ever play the game, he has also been one of hockey's fiercest competitors and most effective ambassadors. He will always be a part of the Rangers family."

Lundqvist himself took to social media to say a final goodbye to Rangers fans and, well as you might expect, it's straight from the heart.

To put it bluntly: Lundqvist deserved better than this.

After 15 long years, after being the face of the franchise for all 15 of those years, for Lundqvist to essentially be kicked to the curb like this... it's disappointing. The NHL is a business and the Rangers have difficult roster decisions to make, but surely neither side ever saw things getting to this point. Judging by Lundqvist's own words though, he's putting his best foot forward and is grateful for the opportunities the Rangers have afforded him.

Lundqvist has appeared in 887 career NHL games, all with the Rangers over the past 15 season. He has posted a 459-310-96 record, along with a 2.43 goals against average, a .918 save percentage and 64 shutouts. He holds over 50 Rangers franchise records including the all time records for wins, games played by a goaltender, shutouts, save percentage, playoff games, playoff wins, playoff shutouts and playoff save percentage. In short, he's the best goalie in Rangers' history and, frankly, the competition isn't even close. In terms of hardware Lundqvist has a Vezina Trophy and was a finalist for the award in four other seasons. He's a five time NHL All-Star and, again, he's simply the best goaltender the Rangers have ever had. Today is truly the end of an era in New York Rangers hockey.