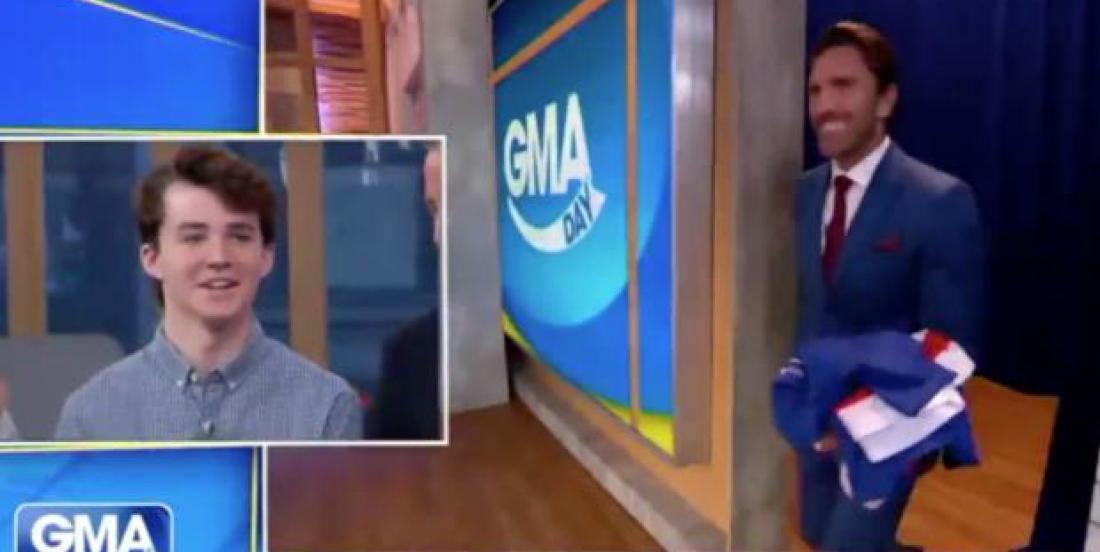 The New York Rangers star goalie Henrik Lundqvist might be a heart throb for many women out there, but what he did on Wednesday will make any heart melt.

On Wednesday morning, the star netminder surprised three-time cancer survivor and Rangers fan Connor McMahon on "Good Morning America." You can see the segment of the show in the tweet and video here below:

This month, all NHL teams have been supporting cancer victims and reminding the public how important it is to support one another and give more awareness to this terrible disease.

You will be more than inspired by Connor's journey. Hockey is for everyone.

"While I was on the ice, I wasn't that kid with cancer, I was a hockey player."

We wish him all of the best in the future as he continues to inspire everyone he meets, which includes the Rangers players he will get to eventually meet when he goes to MSG to watch a game. Marc Staal, Mats Zuccarrello and Chris Kreider revealed to him that he would be going to see them, before Lundqvist surprised him live on stage.