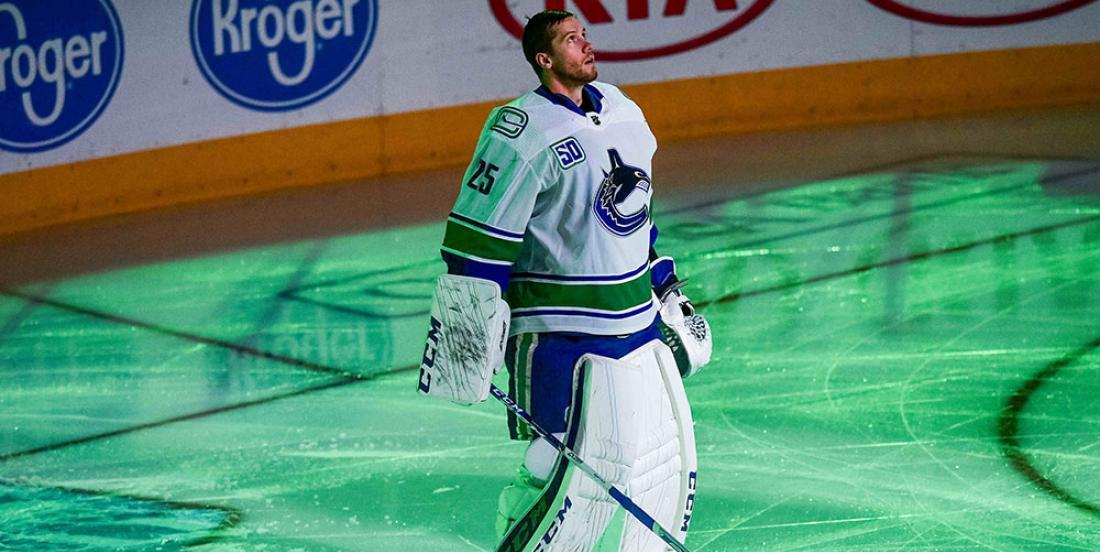 All the best, Marky.

This just in, the Vancouver Canucks have announced that goaltender Jacob Markstrom has been granted a leave of absence, his second this season, to attend his father’s memorial service in his native Sweden.

In a corresponding move, the team has called up rookie Mikey DiPietro from the AHL’s Utica Comets. It’s expected that DiPietro will back up fellow rookie Thatcher Demko when they take on the Ottawa Senators tomorrow evening.

Markstrom, of course, was granted an earlier leave of absence from the team in November after his father passed away. You may recall the interaction that he had with Pittsburgh Penguins netminder Matt Murray upon his return. Murray also lost his father at a young age when he passed away last season.

Respect. I can't imagine the emotions that these guys have to either bury deep down or compartmentalize just so they can handle the pressure of being a starting NHL goaltender. Again... respect.

Read below for the official press release announcement of today’s transaction, courtesy of the Canucks’ official website:

*Vancouver, BC -* Vancouver Canucks General Manager, Jim Benning confirmed today that Jacob Markstrom has been granted a leave of absence to attend his father’s memorial service.

Michael DiPietro was recalled by the Canucks from the AHL Utica Comets. DiPietro has played 13 games, posting a 7-4-1 record, a 2.44 GAA and a 0.913 save percentage in his first professional season. DiPietro split the 2018.19 season between Windsor and Ottawa of the OHL, posting a record of 23-12-1 and a league best 2.40 GAA, leading Ottawa to the OHL finals with a 13-0-0 record.

The Windsor native also represented Canada in four appearances at the World Junior Championships. DiPietro was selected 64th overall by Vancouver in the 2017 NHL Draft.