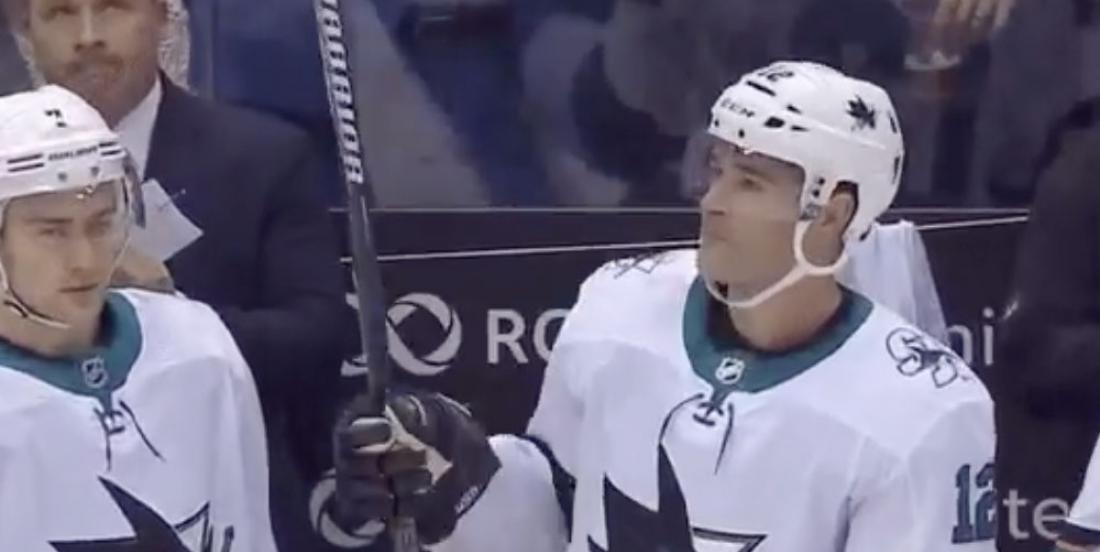 Patrick Marleau returned to Toronto for the first time since the Maple Leafs traded to the Carolina Hurricanes, who ended up buying him out, allowing him to sign back with the San Jose Sharks.

With the Sharks in town, the Leafs prepared a moving tribute video for their former player, who was touched by the gesture.

Ahead of the game, Marleau was also offered some meaningful memorabilia of his time with the Maple Leafs and fans gave him a warm standing ovation during the first period of the game.

Check it all out:

What a great show of class! We can feel what this guy meant to the Leafs.