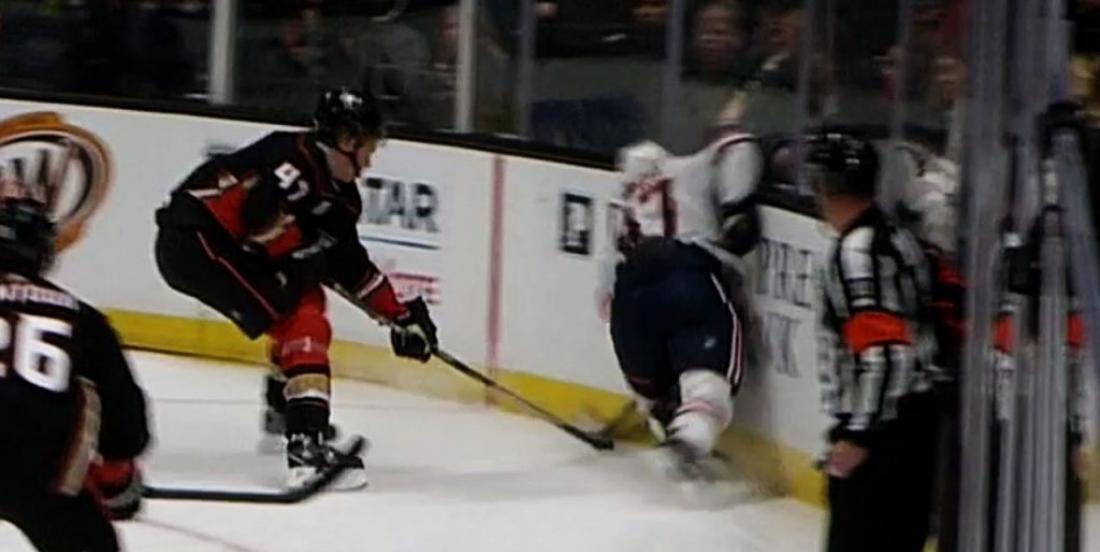 Is it time for Edmonton Oilers captain Connor McDavid to take matters into his hands? Surely, it seems like none of his teammates realize he is the only player working hard for his team to get out of the dump.

There has been a lot of controversy on the play that saw McDavid crosschecked into the boards by Hampus Lindholm of the Anaheim Ducks without penalty on Sunday. The officials and the NHL were criticized for the decision, especially since the league did not discipline Lindholm for the hit that launched McDavid shoulder-first into the boards, stating that Lindholm does not have a reputation for unsportsmanlike behaviour and no penalty was assessed on the play.

Sportsnet's Nick Kypreos believes this should convince McDavid to take matter into his own hands and send a message to the entire league, starting by his own teammates as no one came to his defense after the hit. The Oilers captain was skating hard when Lindholm shoved him in the middle of the back. McDavid crashed violently into the corner and got up slowly but was uninjured. He and Lindholm scuffled briefly before McDavid skated back to the bench. One of McDavid’s teammates, Joseph Gambardella, who was just called up from the minors, charged Lindholm afterward but they separated quickly as play continued at the other end of the ice.

"If I'm Connor right now, and I have issues and I know my lineup's tough but they are not consistent for me or they're not there for me, whether you're Connor McDavid or any of the other stars, you almost have to start taking matter into your own hands. I would have loved Connor McDavid to turn around and two-hand Lindholm. I don't care. And then pull everybody in. Drag them in!"

Kypreos' speech intensified, noting that if McDavid has had enough of the league not helping players out with dangerous, that he should do something even if it means getting suspended. After all, the Oilers' captain will be making millions for several years in the NHL, so why not invest a few thousands by getting suspended but to send a very important message out there.

"If Connor gets suspended for a couple of games, so be it. Send a message! Send a message that I am not taking this and say ' You want to shove me in the boards, then I'm gonna take my stick and jam it down your throat! I don't care if I get two games, 10 games, I will make $150 to $200 million by the end of my career, I will spend 50 grand, I'll spend a 100 grand, just to send a message to you and everybody else: I ain't taking this!'"

Neither McDavid nor head coach Ken Hitchcock addressed the hit after Sunday's contest, which was won by the Oilers, 4-0.