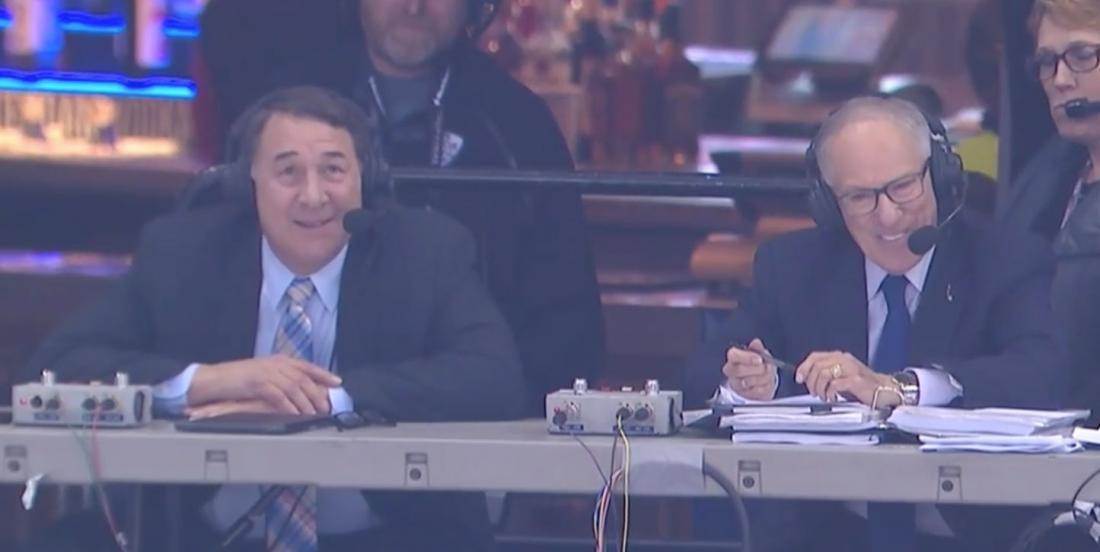 Doc starts laughing at his face!

We don’t know if Mike Milbury is jealous of all the attention his former team the Boston Bruins are getting now that they are playing in the second round of the playoffs, but he once again caught the attention of fans during a live TV broadcast.

Last week, we all remember how Milbury dropped the F-bomb on live television during Game 7 of the Bruins against the Toronto Maple Leafs. Milbury made it quite clear during the broadcast who he is rooting for. As the Bruins iced the puck once again in the first period following their first goal of the game, Milbury said the naughty words on TV.

"F**k me," he was clearly heard on the microphone.

While he attempted to whisper it, his comment was heard and it quickly went viral on social media.

Last night, the former NHL blue liner was on the broadcast team for Game 3 of the series between the Bruins and the Blue Jackets and he attended the contest in Columbus.

However, no one reminded Milbury that the cannon can get quite louyd when the Jackets scored and his embarrassing reaction was caught on live TV as the rest of the team started to mock him.

And you bet, fans across the hockey world mocked him too.