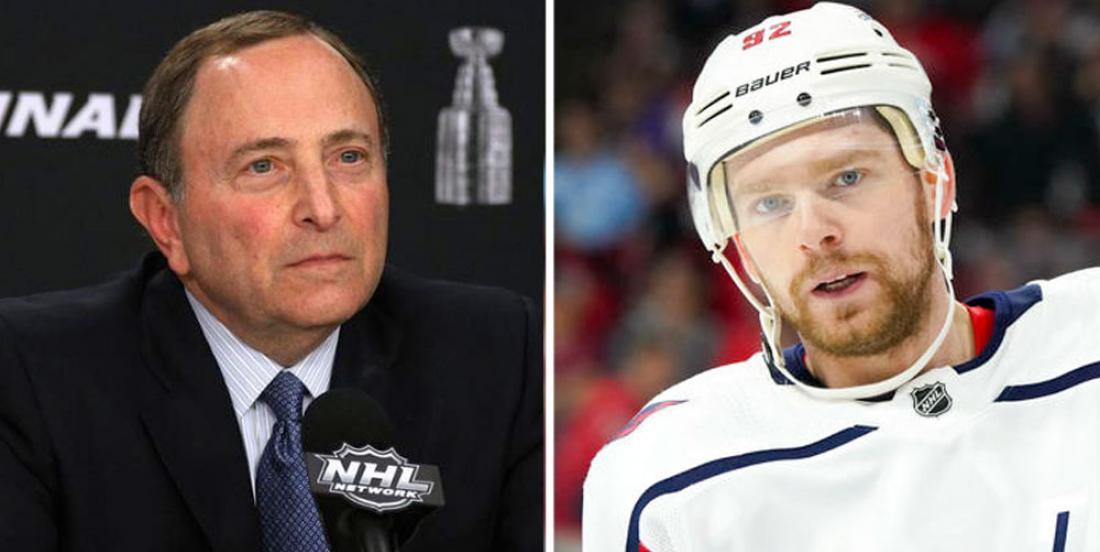 In case you missed the news this morning, Russian forward Evgeny Kuznetsov of the Washington Capitals has received a four year ban from the International Ice Hockey Federation (IIHF) after testing positive for cocaine at the 2019 IIHF World Championships.

This means that Kuznetsov will not be eligible to compete internationally for any IIHF sanctioned event, such as the Olympics or World Championships. You may recall that Kuznetsov was caught on film during the tournament with cocaine lines spread out on a nearby table. Kuznetsov declined any involvement with the drug and played the whole situation off as a "wrong place, wrong time" type situation.

NHL Deputy Commissioner Bill Daly has released a statement regarding Kuznetsov's IIHF suspension and it looks as if Kuznetsov will not face any penalty or suspension from the NHL regarding this discovery.

Stay tuned for a statement from the Capitals and from Kuznetsov himself.

UPDATE: Both the Capitals and Kuznetsov have indeed issued statements. Read below: