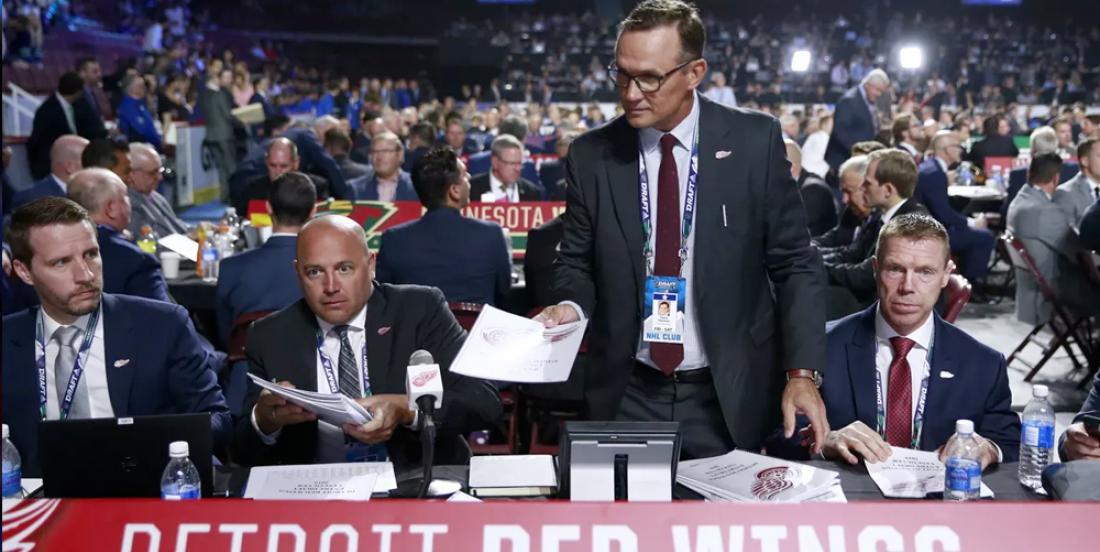 This just in courtesy of TSN hockey insider Pierre LeBrun, the NHL has clarified that the 7 “non-playoff” teams who will not be participating in the league’s 24 team playoff format are now free to make trades.

In effect, the trade freeze has been lifted for these teams, but not for teams still in Stanley Cup contention. This means that the Detroit Red Wings, Ottawa Senators, Buffalo Sabres, New Jersey Devils, Los Angeles Kings, San Jose Sharks and Anaheim Ducks can now make trades amongst themselves at any point.

From LeBrun’s most recent column for The Athletic:

As confirmed with a league source Thursday, there’s nothing stopping Detroit, Ottawa, New Jersey, Buffalo, Anaheim, San Jose and Los Angeles from making trades with each other since their seasons were officially put to rest by commissioner Gary Bettman on Tuesday.

That’s right, those seven teams could make trades with each other now if they see fit.

Interesting. Obviously it would make sense for these teams’ general managers to wait until the post-season has officially concluded before making any moves. Or would it? Sure, you’ll get more dance partners come the “offseason”, but if a good deal presents itself among the seven non-playoff teams, why not jump on it and get a head start on the other 24 teams?

In fact, LeBrun uses this exact concept in a hypothetical scenario concerning the Buffalo Sabres, check it out:

That’s why it would make more sense, obviously, for these seven teams whose seasons are over to wait it out until they can get more dance partners and flesh out a bigger trade market.

Except for this one thought: This is an unparalleled time. It’s crazy how much longer the offseason will be for these seven teams compared to the other 24. Potentially 9-10 months between actual games depending on how delayed next season is.

So the question I ask is this: Is there any advantage to these seven teams trying to see if there’s a way to help each other sooner rather than later? To get a jump on the rest of the league that has to wait a few months before making trades?

For example, can the Sabres find a market among those six teams for Rasmus Ristolainen? This feels like the offseason where he finally gets dealt after about two years of on-again, off-again speculation.

Not gonna lie… it would be VERY entertaining were any of these seven teams to suddenly decide to perform a roster overhaul while the Stanley Cup Playoffs play out over the summer. Stay tuned.